Citizen Sleeper is a narrative-focused RPG set in a distant cyberpunk future, set around the themes of poverty and evil corporations and such.

Here's me playing through the first part of the game:

Gameplay consists primarily of rolling dice at the start of each day, and using those dice to perform actions. It's primarily a menu-based narrative game more than anything else. It's kind of like one of those old choose-your-old-aventure-style books that also made you track stats and roll dice.

Your cybernetic body is constantly decaying, and as it decays you have access to less and less dice. Obviously one of your goals is to find a way to stop your body from decaying.

The story is fairly good. The game has a number of quest lines you can follow through to completion and some of them will lead to an "ending", with an end credits roll, though it seems that you can usually continue playing the same save afterwards.

I think I was able to see something like half of all the possible endings during my one run. Unfortunately, I don't think I have it in me to get the remainder, as it would require additional runs (several endings are on conflicting paths), and those additional runs would need me to replay many of the quest lines I've already done. It's good, but I have other games to play. Though maybe I'll revisit it someday.

I did get to 21/27 achievements at 7.5hrs play time. HLTB says completionist runs average 10 hours, so that sounds about right. 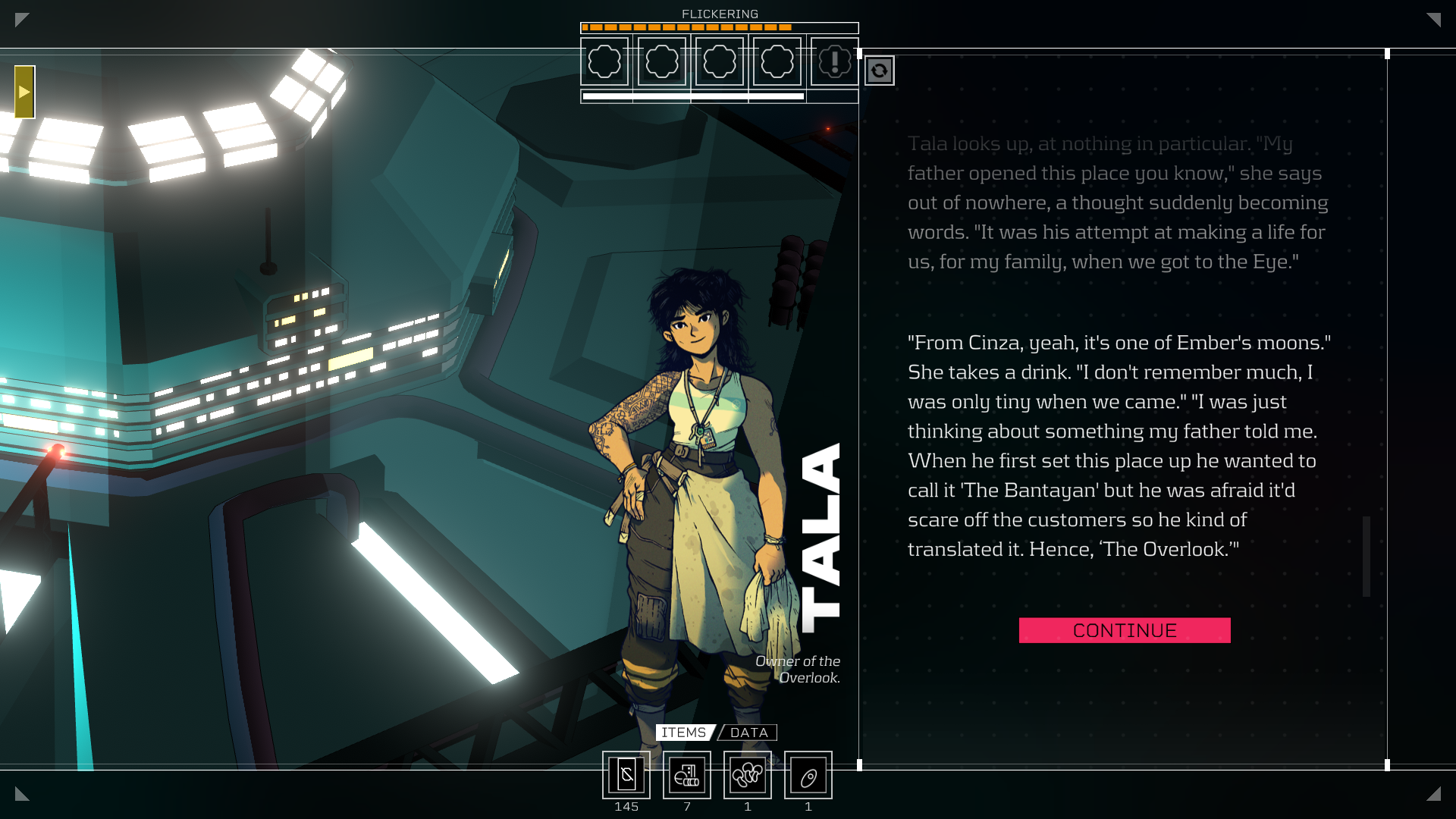