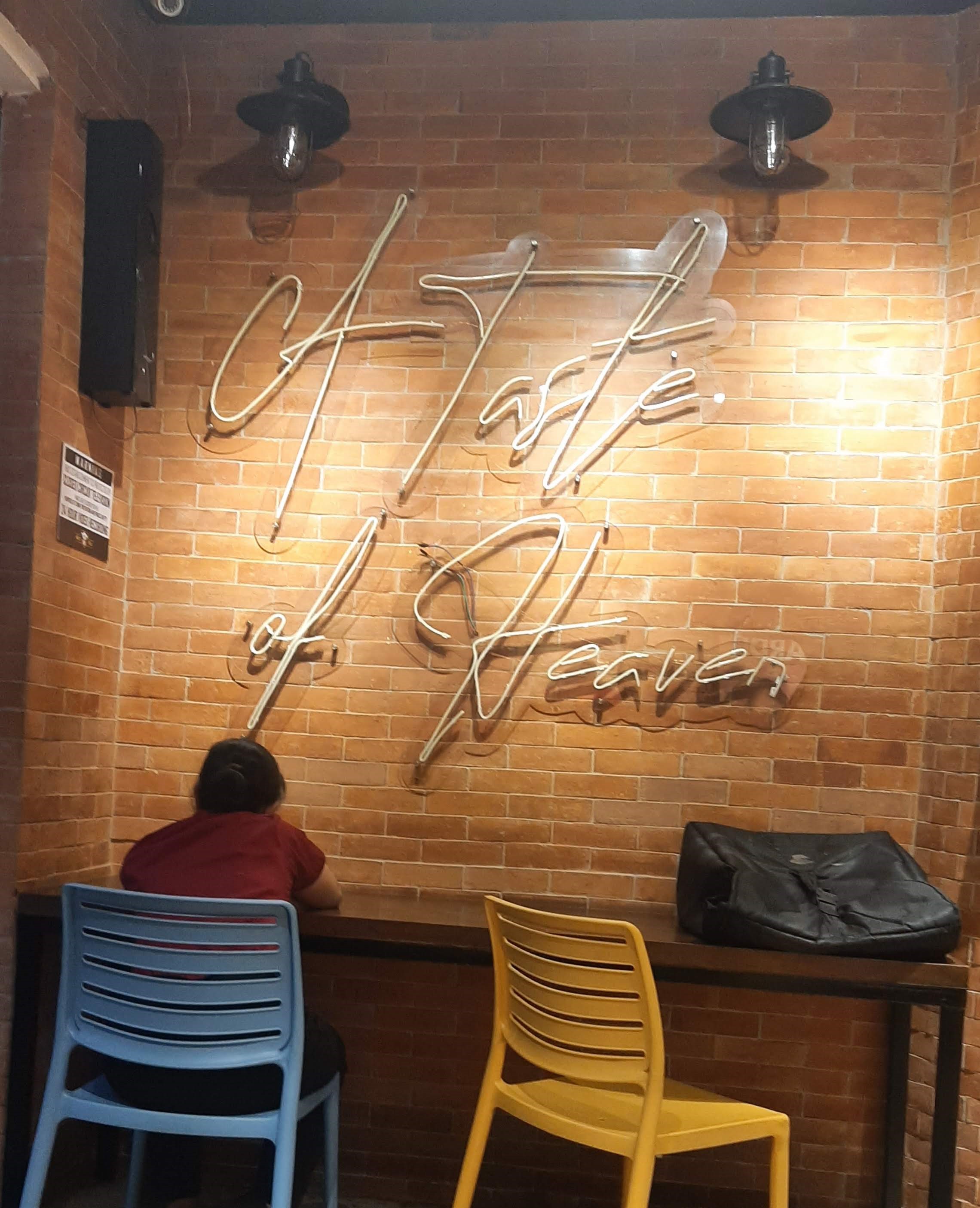 A Taste of Heaven

First weeknotes of the year! (With some change.) I have not yet decided what the format for this year's weeknotes will be, so we'll be making things up as we go along.

It was a cold and rainy first week of the year making it challenging for me to maintain my daily walking habit this past week. It's not so much the rain (since I have an umbrella) but rather the weather makes me a lot lazier and more inclined to just lounge around in bed. I was therefore surprised that I still managed to go out walking every day of the week, even slightly beating the previous week's step count. On Friday, as I overcame my laziness late in the day I mused to myself: Is this what it's like when you have discipline?!?

One of my cousins sent us three bags full of jigsaw puzzle pieces last Christmas, no reference images or anything. Last Wednesday, I found my mom starting to work on one of them, and soon she had it set up on a small desk in front of her TV seat. Whenever I would go out or after I went downstairs to eat, I would myself sitting beside her and helping out with a few pieces, though she did the vast majority of the work. Last Sunday two of my nephews were visiting and I had to remind them a couple of times not to mess with the jigsaw lest they face the grandmother's wrath. 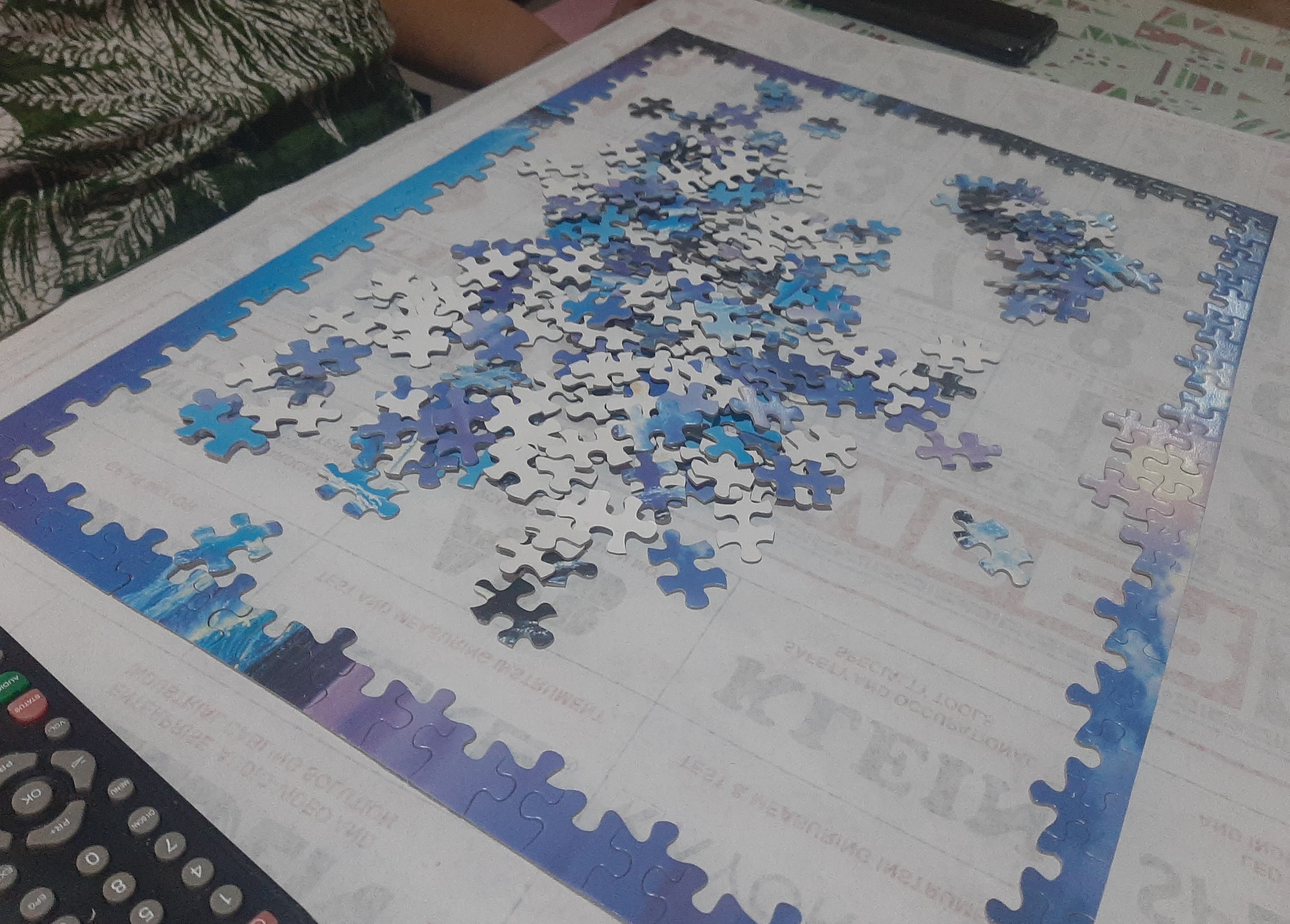 Jigsaw: How it started 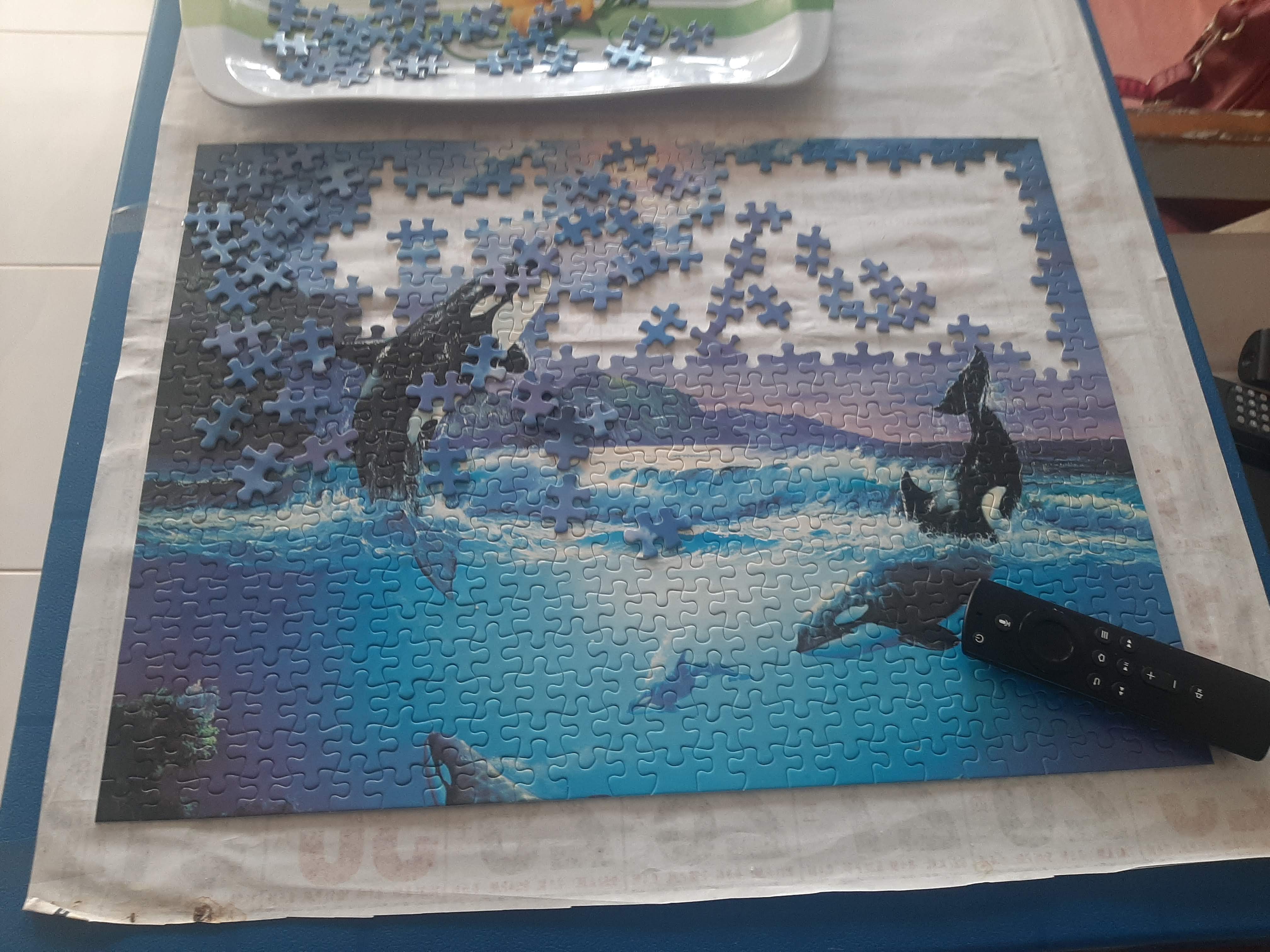 Jigsaw: How it's going

The puzzle is almost done! Some of the parts were very challenging to put together, but she'll probably have finished it by tonight or tomorrow at worst. This was a surprisingly fun way to waste time offline.

This past week also marked the 20th anniversary of the day I first started working.

I am very much behind on my reader backlog, so I don't have any links to share this week. And I am considering the format for this year, whether or not the weeknotes is still the best place to collect the past week's links.

Gamedev: This past weekend was Ludum Dare 52! It's the first time they are doing Ludum Dare in January. I spent the past week reinstalling some gamedev stuff on this new computer, and reviewing past game jam projects as a bit of prep. It was exhausting and took up most of my weekend and I needed some coffee to power through the last few hours, but I managed to submit Untitled Shooty Game 2 early this morning, more than an hour before the deadline! I was so tired but I slept so well afterwards. Was a fun and educational jam for me. Full blog post about the attempt sometime this week!

On the blog: I wrote my usual start-of-year posts: The previous year in review, and a checklist for the coming year.

Gaming: I played a lot of Vampire Survivors and completed the game! I also started playing Citizen Sleeper. Some short games to start the year right before I get going on one of those long RPGs I want to play! Eternal, Arena and Snap still ongoing, but nothing of note. Well, I did waste my gold trying to do the Arena Decathlon events, which I promised myself I wouldn't do. Save that gold for the next set!

Media Diet: Surprisingly not much this week, I've been busy with other stuff. Haven't had time for movies. I have continued watching Spy X Family, though it slowed down a bit after I hit the midseason because the version on Netflix no longer has dubs. And I should pick my first book for the year already!

This coming week: I hope to get started on my some of my other January plans (maybe knock an item or two off the 2023 checklist!), get some medical errands done (we put them off because of the holidays!)