A game I picked up late in 2022 is Marvel Snap, because of course I need yet another card game that I'll be playing daily! It helped that I'm a big Marvel fan, of course.

Marvel Snap isn't like the other card games I usually play though. Instead of trying to kill the other player, you're vying for control of three lanes, each of which has a location card with a special ability. Each turn you get an increasing amount of energy (like Hearthstone!) to play your cards into whichever lanes you like, and after a set number of turns (usually 6), whoever has the most power in each lane wins that lane, and whoever wins 2 out of the 3 lanes wins the game (with some tiebreak mechanics thrown in there somewhere). This is kind of what I imagine Valve's Artifact was like just from the description. It also kind of reminds me of the old Overpower CCG from the late 90s, although I don't think the gameplay was very similar.

Each card you play is a Marvel character with an energy cost, power, and some kind of special ability. And there are a lot of obscure deep cut choices in there! You kind of expect the more mainstream characters that are in the MCU and such, but characters like Hellcow?!? There are a variety of abilities, many of them fitting to certain themes, and a lot of them are surprisingly faithful to the source flavor.

Here's a video of me going into Marvel Snap blind and playing through the lower tiers:

Trying to climb the ranked ladder in Snap is a bit interesting because they have this gambling mechanic called snap (appropriately), where each player wagers the number of cubes (basically a currency that determines your ladder rank) that you will win or lose in each match. Normally, each game is worth 2 cubes. Either player can snap at any time; if one player snaps, the game is worth 4 cubes; if both players snap, the game is worth 8 cubes. Additionally, either player can choose to retreat at any time or even in response to a snap (basically folding to the raise). If you retreat before the final turn, you only lose half the cubes the game is worth. So there's a certain poker-like strategy to trying to climb the ladder, you have to accurately gauge whether you are likely to win or lose and raise (snap) or fold (retreat) accordingly. I am however very bad at poker, so I haven't been able to climb the ranked ladder very well. Ranked ladders reset every month along with the premium season pass (which I don't buy, F2P life forever!)

Unlike other CCGs I play regularly, I don't mind winning or losing too much in Snap. Instead, my focus is on increasing my collection level, which is the primary way of acquiring cards. Increasing collection level is done by spending character-specific boosters, which upgrade the appearance of individual character cards. Advancing your CL is often roadblocked by a lack of boosters or credits (used to pay for the upgrades) or both. During the lower CLs, you are limited to certain card pools and can typically advance quickly, but once you get to the so-called "Pool 3" (CL 486 and up), the grind starts to set in and it takes a bit more CLs to unlock new cards. You unlock cards in random order, so each player at the same CL usually has around the same number of cards, but they will probably have completely different collections.

The game is fairly fun and addictive; each game is quick and it's easy to get a few games in on mobile when you're waiting for something (although I play mainly on Steam). 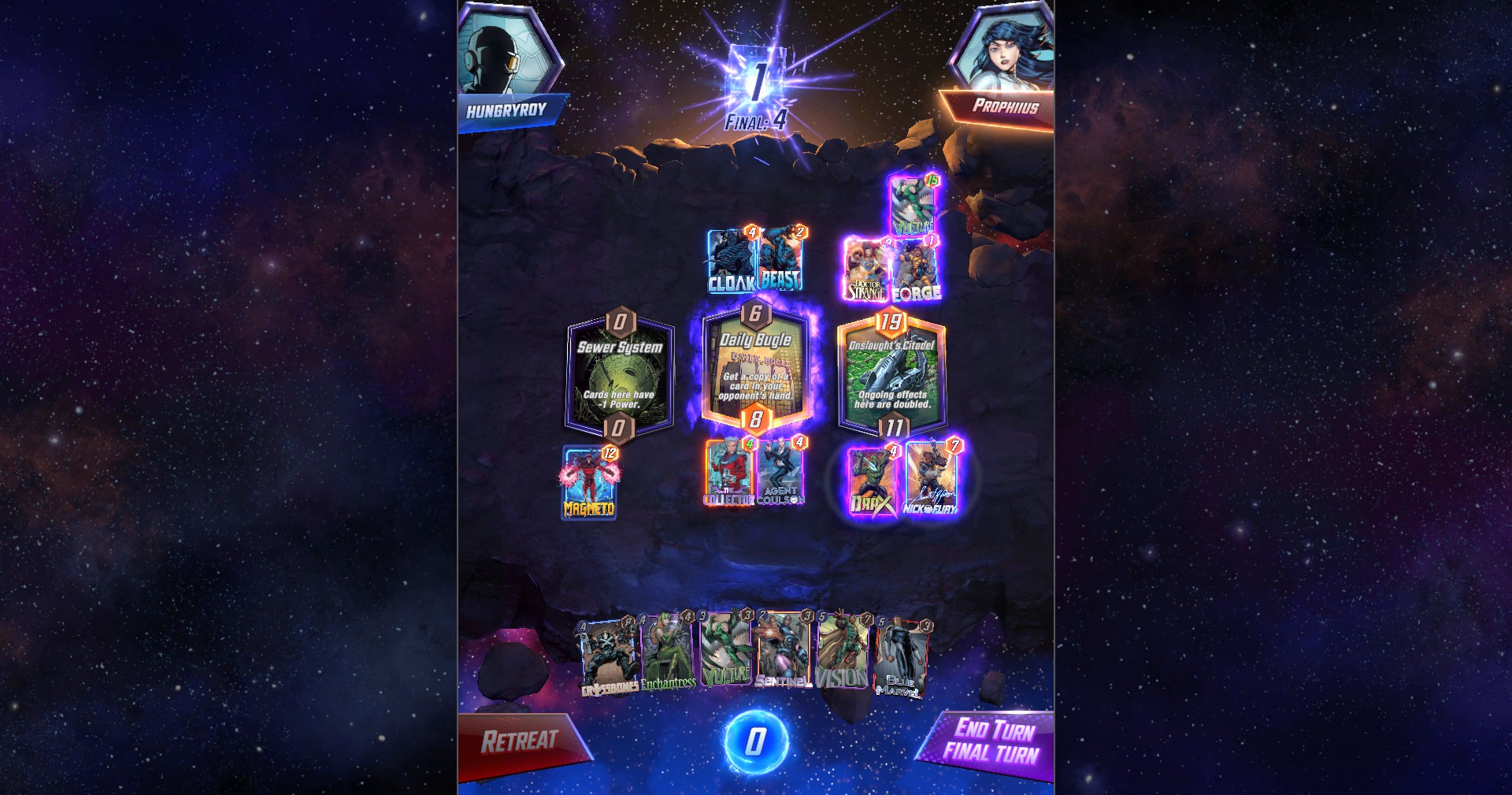 The UI is not yet optimized on PC though.

My brother started playing last week and played most of his first day and got to CL 60+. I am currently at CL 1300+ after 3 months of play. I've played the game enough that it made an appearance in this year's Steam Replay: