Over the past couple of years, I've been regularly playing digital boardgames online on Steam with one of my friend groups, I thought I'd do reviews of them. Today's review is for Gloomhaven, the one we most played in 2022.

Gloomhaven is a coop game for up to 4 players. It's an RPG where you form a party and tackle turn-based dungeons (with some lore/story tacked on). I can only imagine how much effort playing the physical version of this game takes, because there's a lot of stuff. There are many classes to choose from, each one with their own unique playstyle and deck of action cards, and there are many, many quests and locations and items and upgrades to discover. I fully expect that I will never play the physical board game, if only because the setup time must be ridiculous and at 130+ hours of Steam playtime we haven't even managed to finish a campaign in the digital version yet.

The Steam version actually came out late last year, but it was very buggy at the start, we had trouble even getting everyone together in the same game and during our first session we couldn't even finish a quest/dungeon without a crash. We left it alone for a some months and picked up the game again this past March when it was thankfully much more stable.

The Steam version can be played single-player, but I have very little interest for it. I don't relish the idea of micromanaging all four party members by myself when the cognitive load is so much easier split across four players.

Our group typically takes around an hour for each quest/dungeon, more or less. It feels a lot like a tabletop RPG experience - every turn there's a lot of back and forth about what actions we should take and a nontrivial amount of despair about how we were likely going to die. We typically manage to get through 2-3 dungeons per session, and whenever we lose a scenario (there is no penalty other than wasted time), we usually come back for a revenge run during the next session.

As mentioned, we have never finished the campaign, and have even added the Jaws of the Lion DLC to the game as well, which adds even more quest lines. Our first run had to be stopped around October due to a tragic real-life loss of one of our members, but we eventually picked up again with a new member, starting over with a new campaign. (You can see this dip in playtime reflected in the stats screenshot attached to the post).

Completion: The Steam version has a lot of achievements! Since I really only play the game multiplayer, I am bound by my playgroup's pace so it's unlikely I will ever complete the achievements. Maybe someday I can decide to pick up the old campaign and slog through in singleplayer mode to complete it. 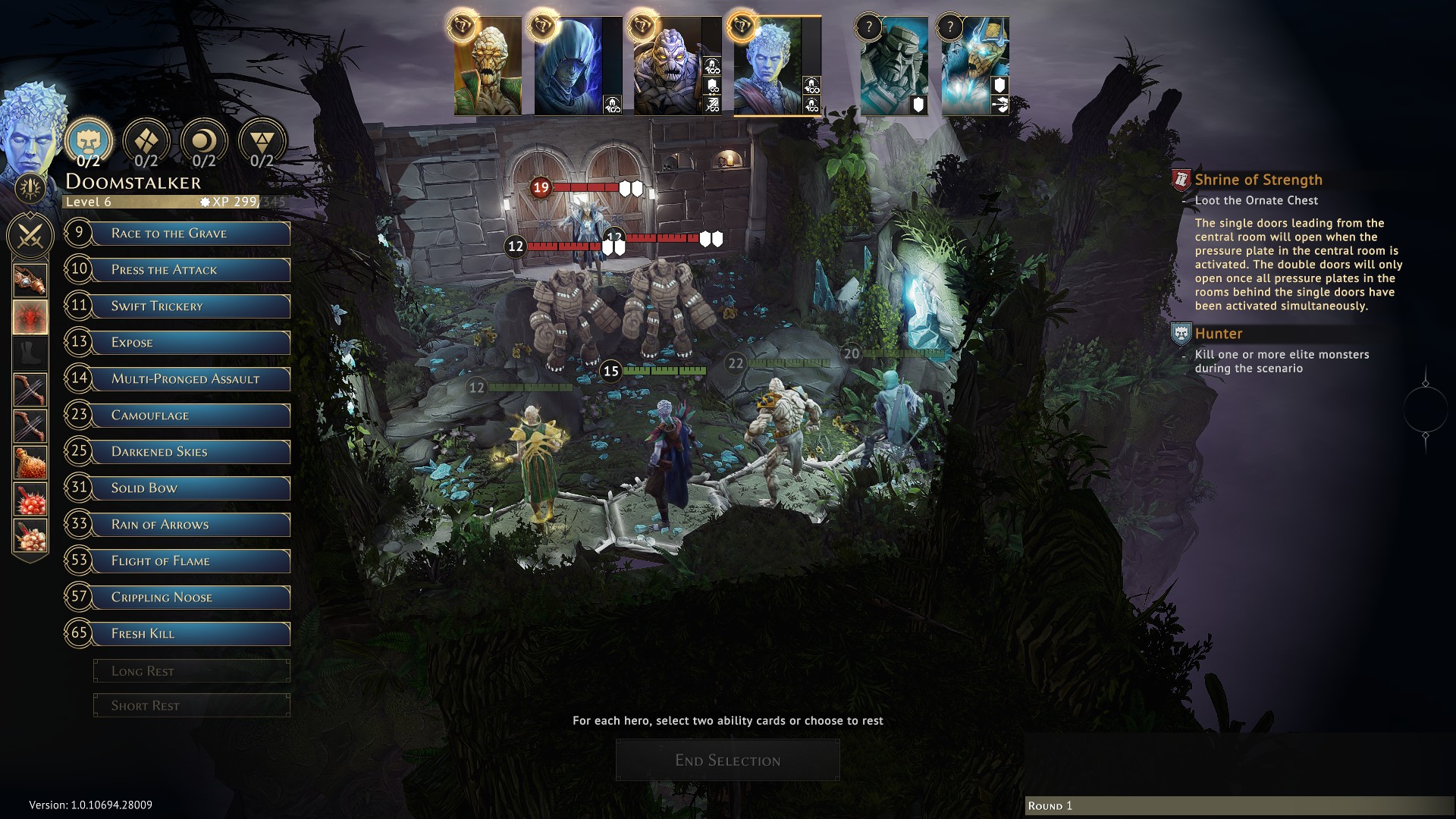 The start of a dungeon quest.

The OO in the logo text always reminds me of minions