I recently published a long-ish blog plost about the Hulk and New Mutants comics. And also I haven't watched any new movies lately, so I took the opportunity to knock a couple of related items off my "poorly-reviewed comic book movies" list.

I wonder [what] Ang Lee [was thinking when he made a] Hulk [film]. "Ah, yes. I, critically acclaimed serious director Ang Lee, have something to say about the Hulk."

Eric Bana and Ang Lee's Hulk film honestly wasn't even that bad, though there are certainly some poor choices made in the film. I think Ang Lee was just a bit ambitious and maybe his reach exceeded his grasp. Like, people see a film titled The Hulk, they expect it to be about The Hulk and not his dad and maybe don't wait 40 minutes before even showing The Hulk in your film. The film also used some weird panel-like transitions, I guess to have a bit of a comic-book feel, but I just found them distracting. The CG on The Hulk himself isn't great, kind of looked like a cartoon, but the CG Hulk face does look more like Bana than Norton's CG Hulk face looked look Norton. Bana and Connelly and Elliot gave ok performances. Nick Nolte felt a bit over the top, but maybe that's what he was going for. Also, they managed to put Glen Talbot here in a thinly-veiled reference to military contractor Raytheon. Most of the action in the film is just the military trying to stop the Hulk with guns, and that's just boring. The film doesn't even get a real supervillain for most of it, until like the last 10 mins when it kind of became "WTF?" 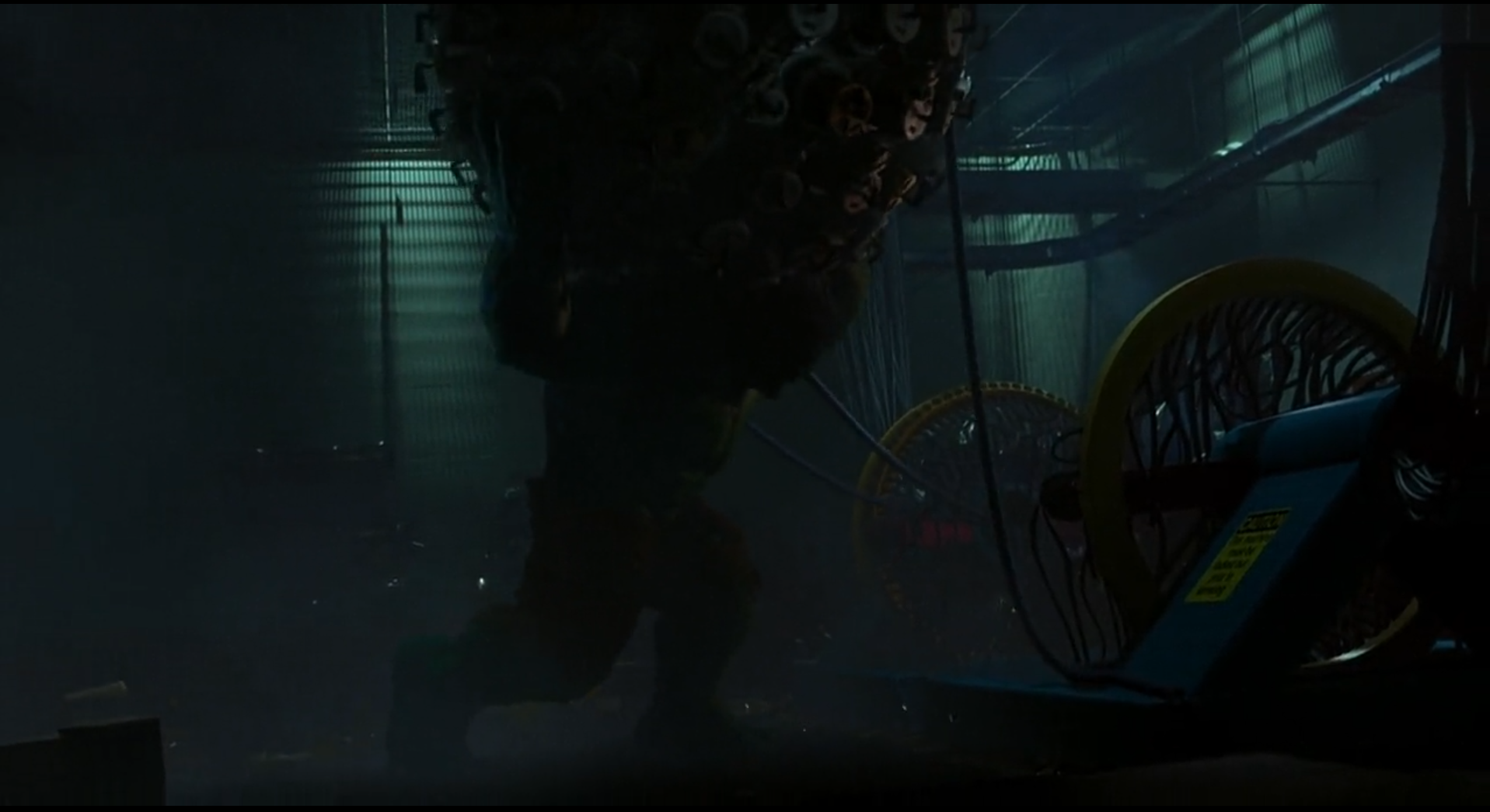 This one was okay, even though it bombed, but that may be because I'm a comic book fan; it might not have sold well among normie audiences. I can much better appreciate now having recently read the first New Mutants volume. If I had watched this in 2020, I would have struggled to remember what Dani's powers were, though maybe that would have heightened the suspense in the film. It has a horror/thriller vibe, though it's not jump-scares or anything like that, more like a group of people trapped in a place wondering WTH is going on. The only real problem I have with this film is the whitewashing in the casting of Roberto and Dr. Reyes, although that's kind of cancelled out by my appreciation for Cecilia Reyes even appearing in an X-Men film, that's kind of a deep cut! I thought the choice of characters was great and the depictions of Illyana (and Lockheed!) and Sam were great. Dani and Rahne were okay. The "my superiors" misdirect was neat. The use of the nightmares to dig into each character's backstory was good. And I was really happy there was a Demon Bear lol.

I also went ahead and rewatched the Norton Hulk film, given it was still on Netflix. Here's the original review from 2008. The film starts with Banner already the Hulk and on the run for years, and that's a much better choice than having to retell the origin story. And in the early appearances they get to save on CGI by mostly concealing the Hulk encounters in smoke and darkess. Tim Roth's performance here was great. The following line no longer makes sense given that Stark says he declined to join the super secret boy band in Iron Man 2:

Coincidentally, the season finale of She-Hulk: Attorney at Law was this week as well. So related!

This series was pretty good, and all told was in fact the fourth-wall-breaking fan-service legal comedy it promised to be. The finale was really good and not at all what I was expecting and I was so amused by everything and I wanted to include some fun screenshots here but I didn't want to be too spoilery. Tatiana Maslany was great in the role, and she had great chemistry with [actor who is appearing in his own show next year] and her supporting cast was great. And I really enjoyed that the main villain turned out to the rabid internet misogynist trolls who they rightfully predicted would be all over this series IRL as well!

Not really a movie, it's less than an hour in length so it's like a one-shot TV show episode? I'm not really into horror and I wasn't familiar with the character going in, so I initially wasn't planning to watch it, but when I realized the rest of the reviews in this post was going to be Marvel stuff I said why not toss it in there? Most of the episode is rendered in black and white and centered around two characters and I already knew who Elsa Bloodstone was so I assumed the other one was going to be the titular Werewolf By Night. This one was okay. A lot of sneaking around trying to avoid danger and hunting a monster and then there's fighting and being trapped and later on a lot of blood is spilled. Also if you haven't been following the MCU too closely this one is very standalone and self-contained, so it's okay to watch it by itself.

Honestly, there were also some non-Marvel films I wanted to watch this week, but I figured why not go for the theme? Maybe next week!