About a month ago, I had the insane idea to try to read EVERY MARVEL COMIC EVER PUBLISHED. This is less insane than it sounds because the Marvel Unlimited service now exists, making it easier to access the really old ones, though it's still not complete. It's kind of mind-boggling because there are an estimated 30,000 Marvel comics already published, with roughly an additional 1,000 new ones every year. I estimate that before this year, I've read maybe 5-6k individual comics. So I have maybe 25k to go. I think the whole effort could take around 5 years. This is a not-so-serious goal: I'll give it a go, but I'm not dead set on completing it by any deadline or at all. Every so often I'll try to write about some of the major runs I cover, but it probably won't be comprehensive. (It will also be an excuse to post some of the excerpts/screenshots I've been taking!)

I decided to start by taking out big chunks of the backlog: namely going through the earliest volumes which were also the longest running. I also decided to try covering things in "MCU order", so that meant Iron Man was first. This lets me compare the MCU continuity to the comics one.

Now, I've read a lot of Marvel through the years, but I mostly read the X-Men / Spider-Man related books early on. I really only started reading Avengers after the Civil War crossovers in 2006 (since that brought Spider-Man and some X-Men closer into the Avengers fold.) So I'm not super familiar with the backgrounds of classic Avengers like Iron Man, so a lot of this is new to me!

In the MCU, Happy Hogan and Pepper Potts are a big part of Stark's life and of his businesses. In the early comics, they play relatively minor roles by comparison. In fact, one of the focuses of the earlier issues is the two of them leaving Stark Industrial to get away from the Iron Man craziness. (I suppose they might have played a stronger role in the the predecessor series Tales of Suspense - I'll get to those someday!) Furthermore, although Pepper ends up as Tony's major love interest in the MCU, in the comics Happy and Pepper are actually married!

Instead of Happy and Pepper, comics Stark actually has a much wider cast of supporting characters such as his long-time secretary/executive assistant Mrs Arbogast, long-time on-and-off love interest Bethany Cabe (among many other love interests through the years!), scientist and engineer Abe Zimmer, boxer and sometimes Iron Man Eddie March, and of course his long-time friend and copilot Jim Rhodes. Was also surprised to learn that Madame Masque / Whitney Frost was originally an Iron Man villain / Tony Stark love interest!

I also liked how they recreated Stark's California home in the MCU: The MCU version of his Malibu residence, about to be destroyed in Iron Man 3

It's interesting to see the comics counterparts for the MCU villains: Obadiah Stane started a campaign to undermine Stark's business dealings and tempt him into alcoholism which led to his eventual downfall and Stane taking over Stark Industries. This is a years-long arc that starts with Iron Man v1 #163 and eventually ends with Stark building a new company and new Iron Man armor to defeat Stane in Iron Man vs #200.

The Iron Man 2 villain Whiplash is more of a thug/goon in the comics than anything else, so he got a major upgrade in the MCU. Justin Hammer however is a major thorn in Stark's side, though in the comics he is more of an underworld arms dealer than a legitimate business man. A major plot point is Hammer stealing and distributing Stark tech which leads to Stark fighting a lot of armored heroes and villains to recover his stolen tech in the so-called Armor Wars.

Iron Man 3: Aldrich Killian is from the Extremis storyline which is after v1. The Mandarin however is one of Stark's oldest foes and probably the one who recurs the most in v1. Unfortunately he was also very much a racial stereotype that would probably not have translated well to the modern MCU, which is probably one of the reasons they went with the bait-and-switch with Trevor Slattery in Iron Man 3.

Was surprised to learn that both Drax the Destroyer and Thanos made their first appearances in this book, in Feb 1973's Iron Man #55: 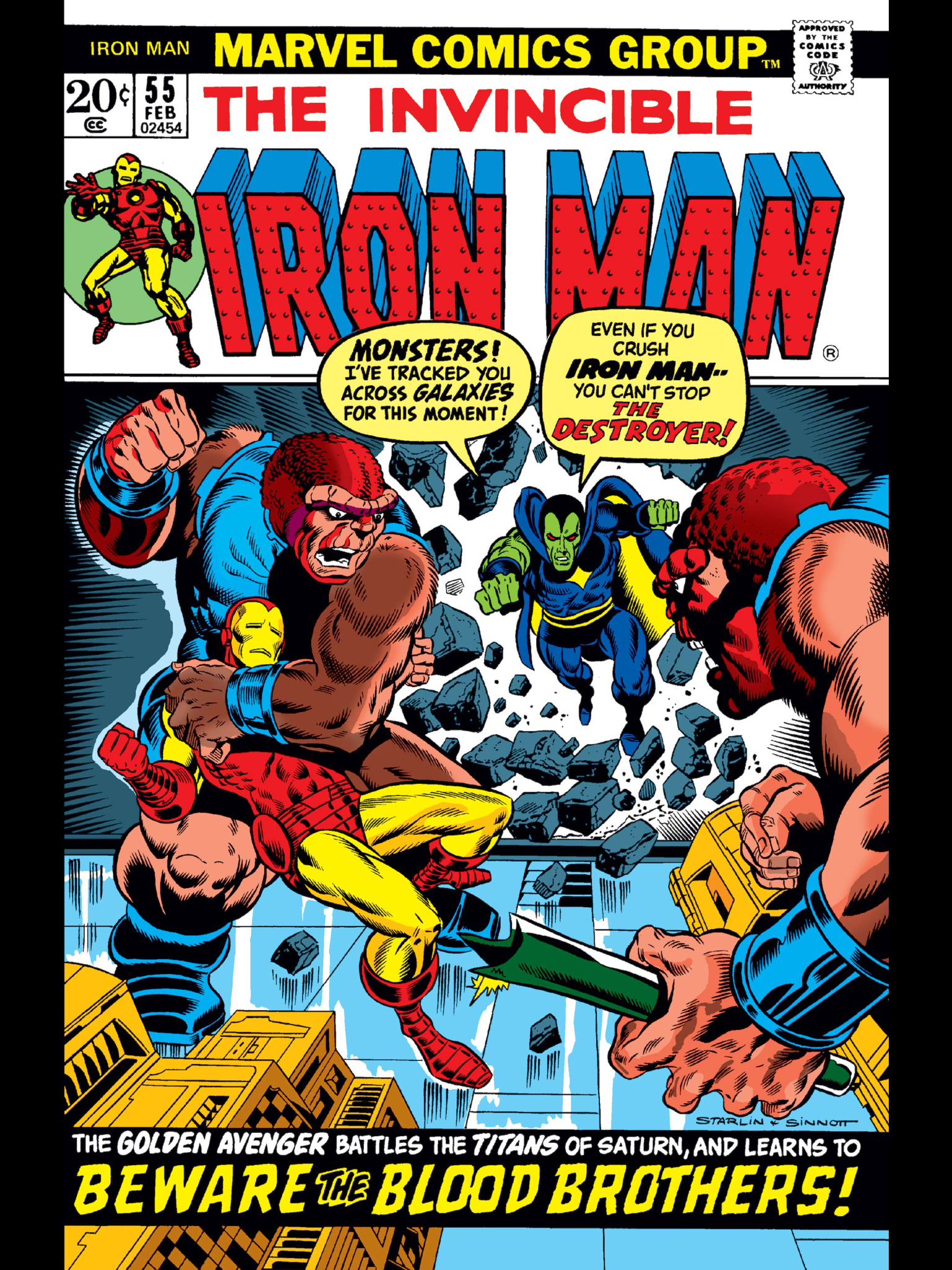 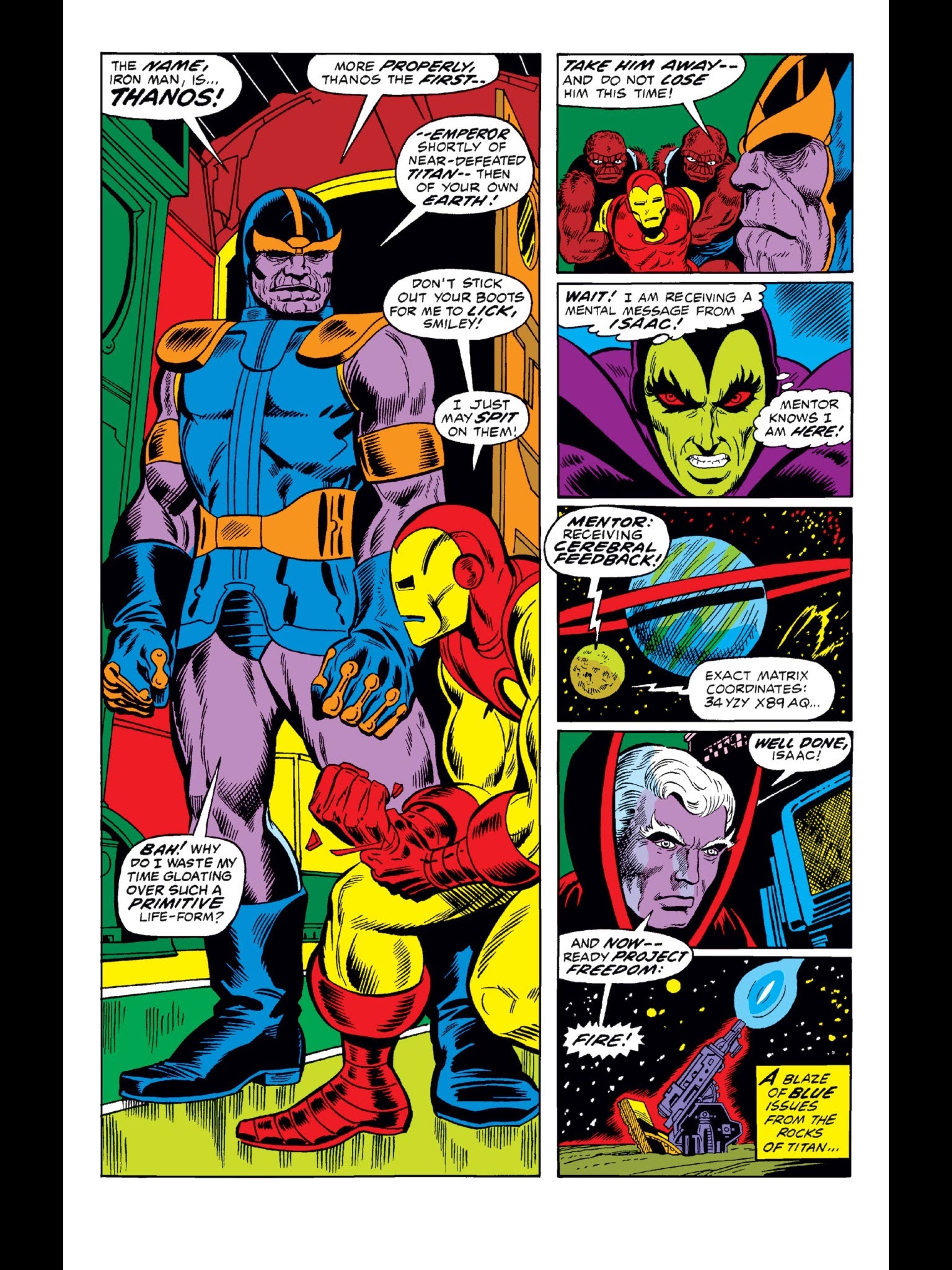 While I watching the MCU, I always felt the link between Thanos and Iron Man was a bit weird, but if he made his first appearance in this book, I guess it kind of makes sense?

Another big difference with the MCU is Tony Stark's secret identity as Iron Man. In the MCU he reveals it at the end of the first film, while in the comics, he keeps his identity secret for the entire v1 run. (He would not reveal his identity publicly until the early 2000s.) Comics Stark uses several methods to hide his secret identity including life-model decoys or having someone else like Eddie March, Happy Hogan or Jim Rhodes wear the armor alongside him in public.

This of course allowed them to write a lot of Stark's personal problems revolving around having to keep his identity a secret. AKA the Peter Parker class of troubles.

Fun thing about following a long run is seeing history unfold throughout the years as the comic references them. Canonically, Stark had a facility in the PH during the martial law era, but they didn't know how to spell 'Philippines'. Iron Man v1 #73, March 1975 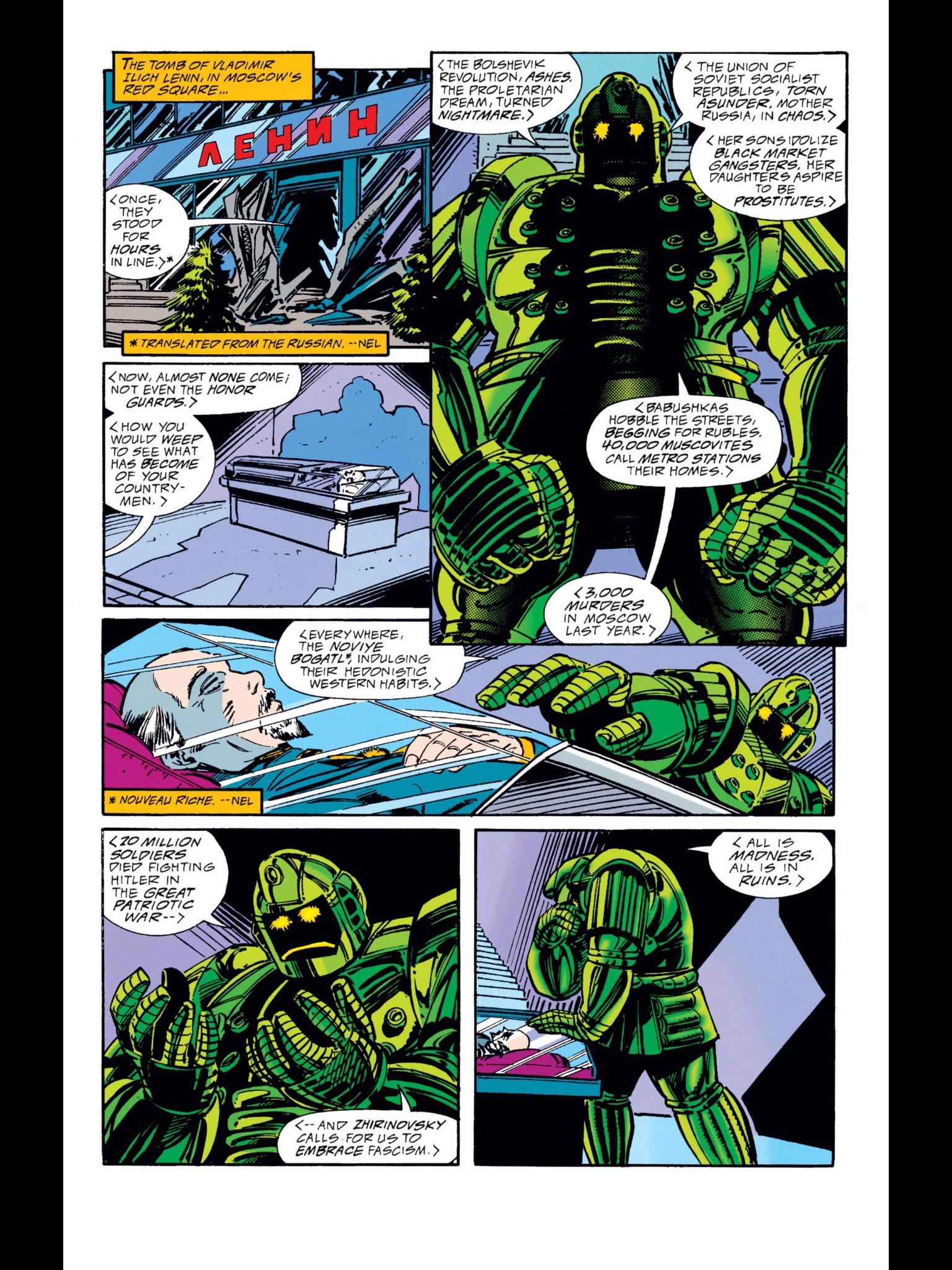 Binging a long run in a short amount of time really highlights the problems with Marvel's sliding timescale though. The series starts out with Iron Man's origin story happening during the Vietnam War, and in fact Stark Industries moving out of munitions after the war was a major plot point early on. But as the years went by that made less and less sense, so eventually it was retconned that the whole shrapnel in the heart thing happened when he was kidnapped by a local warlord while visiting a Stark facility in SEA (presumably Vietnam still.) In the MCU, his origin story happens in Afghanistan. If the world manages to stop wars, Iron Man's origin story will no longer work!

Tony Stark during this run has to be the most cursed businessman in the Marvel universe. After the whole shrapnel in the heart thing, he goes through so many other ordeals. At one point he gets shot and spends some time unable to walk as a pareplegic; during this time he rigs his armor to allow him to walk while wearing it and becomes addicted to using the armor to escape his handicap. Eventually he undergoes an experimental microchip implant to restore his nervous system so he can walk again (he didn't bother telling Xavier!), but later his enemies use that microchip to take control of his nervous system! After overcoming that control, his nervous system is completely shot and he is effectively handicapped again. It would take him a long time to find a way to restore full use of his nervous system.

This run ends badly; with a 1990s Avengers crossover that reveals Tony to be a sleeper agent for the villain Kang. It was super annoying to read the relevant issues of Iron Man because it crossed over with several other series including Avengers and Force Works and I didn't want to jump back and forth. (Not to mention some important parts of the crossover Avengers The Crossing and Avengers Timeslide are not available on Marvel Unlimited!). The crossover eventually ends with the Avengers plucking a young teenaged Tony Stark from an alternate timeline and using him to defeat older Tony Stark. Teen Tony gets a heart injury during this crossover which of course makes him need to have the Iron Man chestplate to survive, and he takes the place of regular Tony Stark until the end of this run, which was thankfully a very short time. It was such a bad idea to have a new, younger Tony Stark that had no ties or familiarity to the Avengers or the rest of his supporting cast!

This run ended because of the 1996 Onslaught event where the Avengers all got shunted into a parallel dimension and started Marvel's habit of renumbering series at #1 (which is why all the long runs were pre-1996). When they get back, the whole Teen Tony thing is immediately handwaved away and we get older Tony Stark back. But that's for a future reading!

The Iron Man v1 series on Marvel Unlimited also includes a 4-issue follow-up story from the original Armor Wars creatives which was published in 2013 as an Iron Man v1 258.1 - 258.4, set in an alternate universe.

A lot of the comic art during the early years seemed so same-y to me, none of them really stood out. I think it's because they often patterned themselves after Kirby during those early years? There was a real sea change during the 90s though, with a lot of artists following more in the style of people like Jim Lee or Joe Madureira. The only art change that stood out to me was when John Romita Jr did some Iron Man issues, mostly because I'm not a fan of his work!

And a lot of individual issues for ongoing runs. 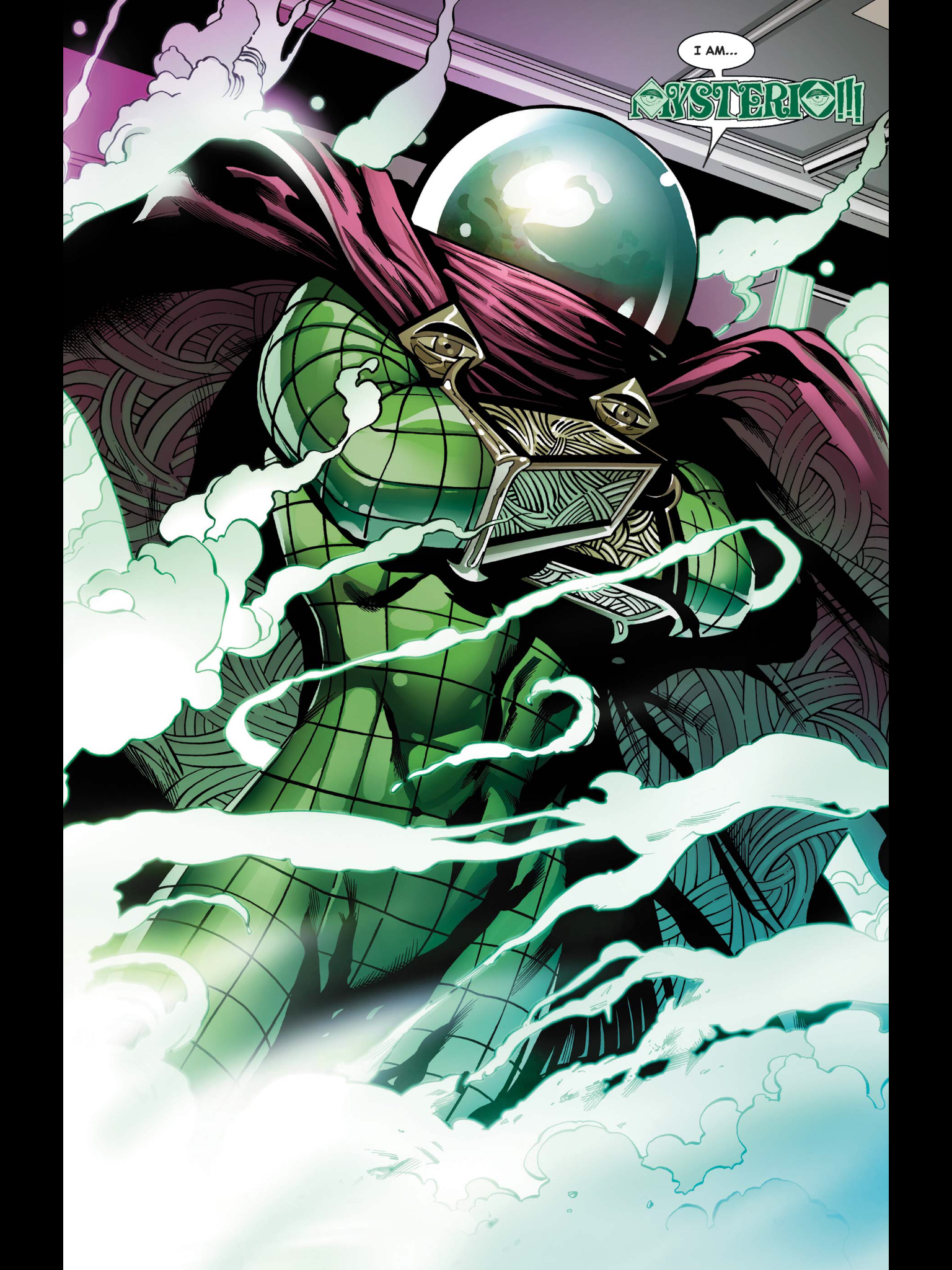 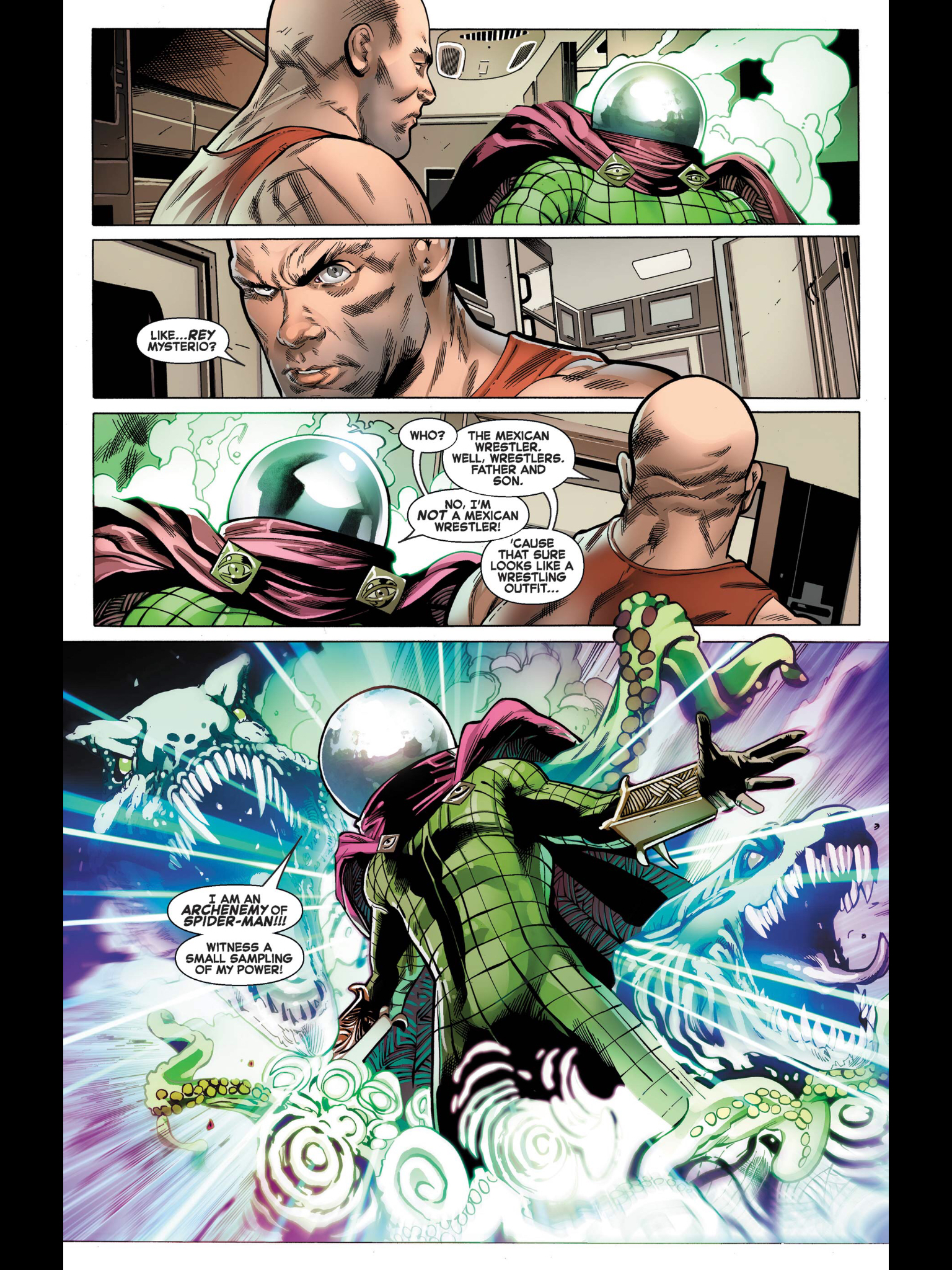 We're going in MCU order, so the next big series to tackle would be Incredible Hulk v1 starting from 1962! It's around 40 issues longer than Iron Man v1, hopefully I can cover it in about a month as well, so I expect to do another one of these posts in about a month. Which is good because this post ended up way longer than I expected, given I really just wanted an excuse to post screenshots!

The entire Iron Man v1 run was 336 issues on Marvel Unlimited. In addition to all the other comics I read during the past month, I'd reckon I read around 500-600 issues. That's not a bad rate; it comes to around 6000 issues a year, which makes me on track for completing the target in around 5 years or less! Also maybe I should consider making a spreadsheet or something to track all the ones I've already read lol.