I did a bunch of runs at the #MagicArena Alchemy Metagame challenge this weekend, but the 7-win run remained elusive. Overall I ended up down 3500 gold but also up 35 packs, so that's not too bad a rate, but still a sweep would have been nice.

[19:15] I ran two decks recommended by @urlichmtg , with slight tweaks. The RB deck was pretty sweet, but as the weekend went on, the grindy mirror match became more and more common so I switched to Runes.

Two decks I'll be using at the Metagame Challenge + starting guides to them:

Remember, it's an 'all-access' event, which means you don't need cards to play! 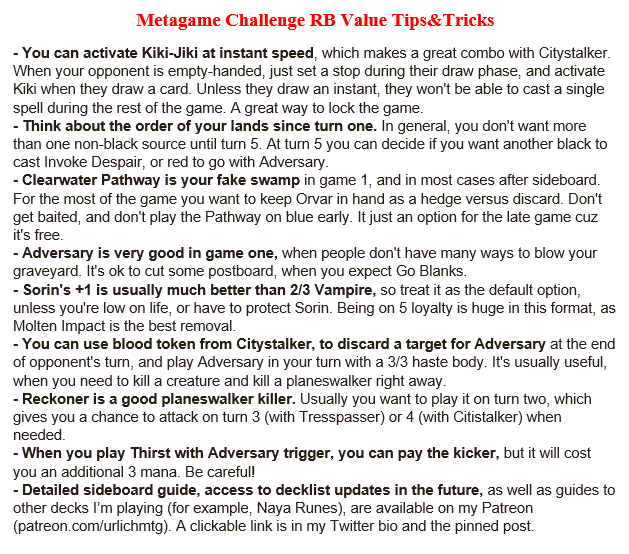 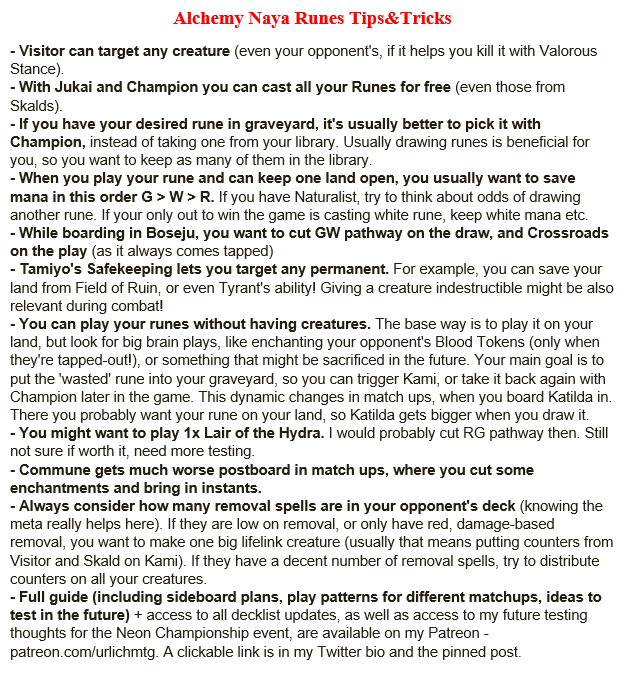 [19:15] Having the event be All-Access was great and means anyone can give Alchemy a try for a reasonably low entry fee. I'm probably done with it already (NINE RUNS is already a lot), but it should be running for at least another 24h I think.