It's just become difficult to keep up, as evidenced by how often I've fallen behind over the past few months and needed to catch up. I still enjoy the sketching and the drawing and the doodling and the trying out different stuff in Procreate; and when I was looking back at the past year's worth of sketches, there were a good number that I liked and was proud of. But the obligation to post sketches daily has started to weigh more heavily than whatever fun I'm having. I promised myself I would never shackle myself to unnecessary obligations anymore, so this is it. For the past few months I've also been having trouble fitting everything I wanted to do in each day, so I've realized that I need to give some stuff up, so this is appropriate.

It's not too bad, I made it an entire year (2021) + 27 days in January, so a streak of 392 days. The last time I was able to complete an entire year's worth was back during my last hiatus year in 2016, although that streak was a bit longer since I managed to make it a fair bit into February of the next year. Maybe it's better this way, I just do one of these 365-day runs every few years. 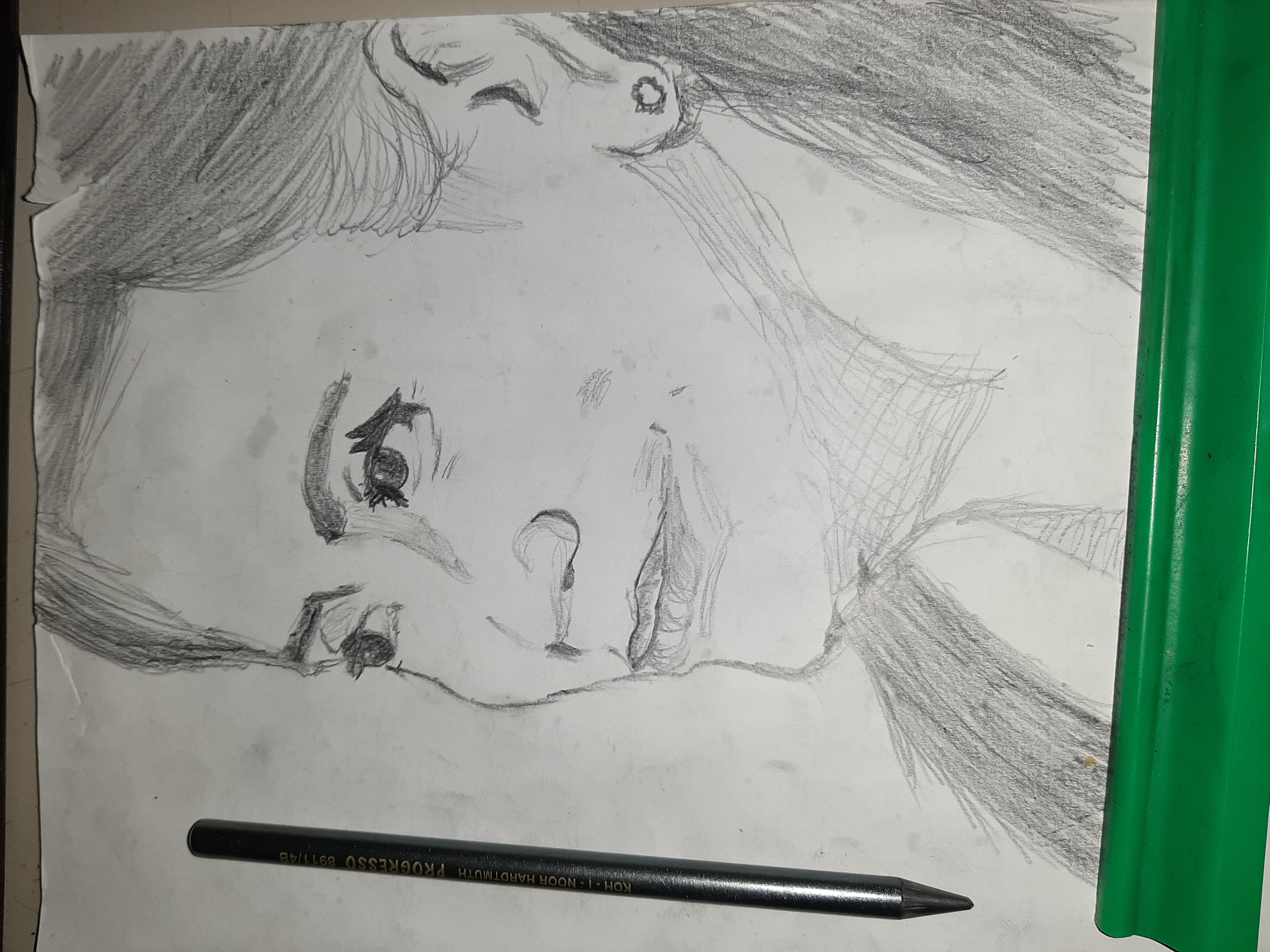 (Reminder: A sketch is not an endorsement. This one is though. #LetLeniLead)

Unfortunately, the sketches didn't turn out as well as I'd hoped. It kind of looks like her, but is also a bit off? One of the people I showed it to commented that artists usually take several sketches with a subject before settling on a final piece, so I good probably get this one right with a few more tries maybe? This was one of the things that convinced me to stop the current run - I figured if I wanted to get better I needed to spend more time with each piece and subject and that's just not something I can fit into a daily commitment.

Even without the daily commitment, I still hope to continue the sketching habit. Maybe even bigger or more complex pieces this time, now that I have a pencil and a sketchbook again. Or learn to do more difficult art? I'm hoping to find some kind of rhythm or schedule that still allows me to post sketches on a regular basis, just not something as demanding as daily! Maybe my sketches will be a lot better the next time I want to attempt a 365-day run!

wooow! More than a year sketching daily, that's a really good thing! What bothers me of sketchdaily is that apparently you can only draw digital, not allowing to upload your real pencil draws. Isn't that a shame? Keep on working!!!!

You can upload photos or scans of your paper drawings/sketches. I've done a lot of them.