For a long time I had been waffling on buying Captain Toad: Treasure Tracker for either the WiiU or Switch, since I did find myself enjoying the Captain Toad levels in Super Mario 3D World. Last week however for some reason, Nintendo decided to make the game free to play for one week. A strange decision, given the game takes less than 10 hours to complete! It incentivizes people with a lot of time (like me!) to just download the free trial and finish it in that period. So that's what I did!

For the uninitiated, Captain Toad is a Mario-themed puzzle-platformer starring the eponymous Captain Toad and his friend/partner (?) Toadette on their explorations. The unique thing about this puzzle platformer is that the two playable characters cannot jump; they overcome obstacles by walking around, running from them, falling on them, picking things up and throwing them, and so on, but no jumping.

The game consists of self-contained 3D levels divided into 3 episodes, plus a set of bonus levels. Each level is typically small and tight (with exceptions) and the only requirement for finishing them is for the player (playing Captain Toad or Toadette) to collect the Star at the end of each level. For completionists, each level also contains 3 collectible "super gems" and one bonus objective that varies from level to level, such as finding a hidden golden mushroom or 1up or collecting some number of coins. Later levels require some number of super gems to unlock. 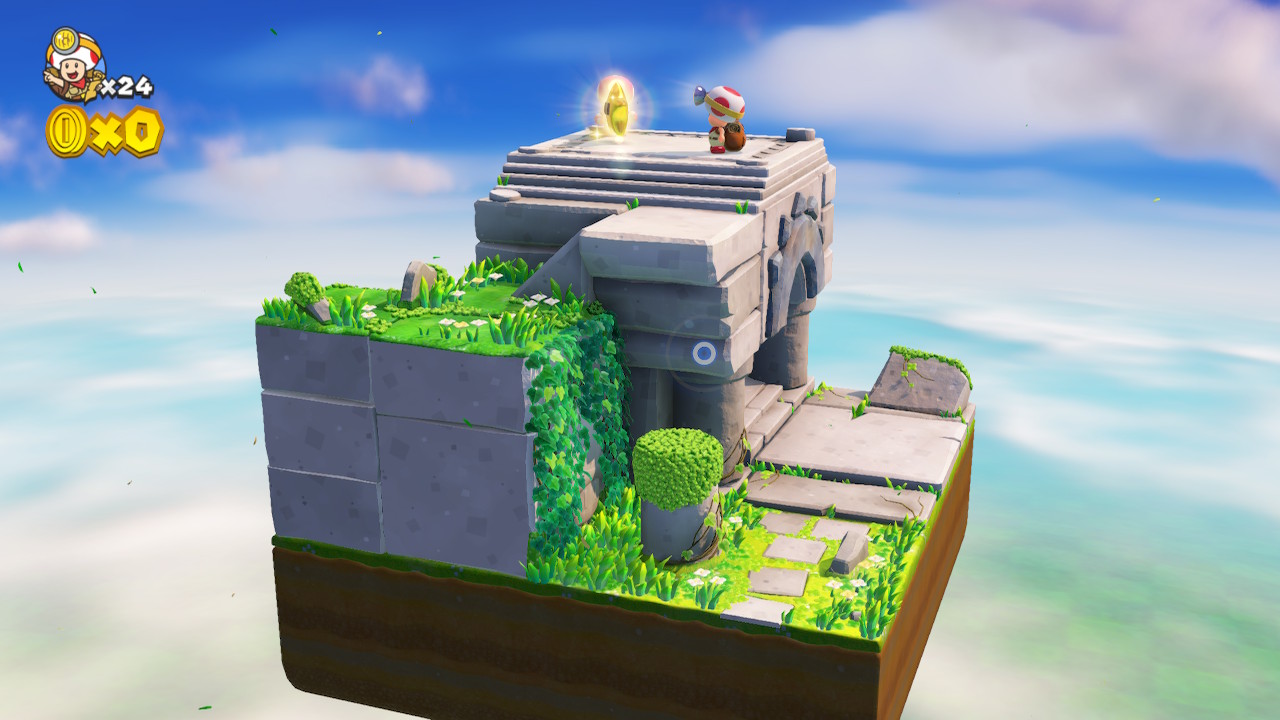 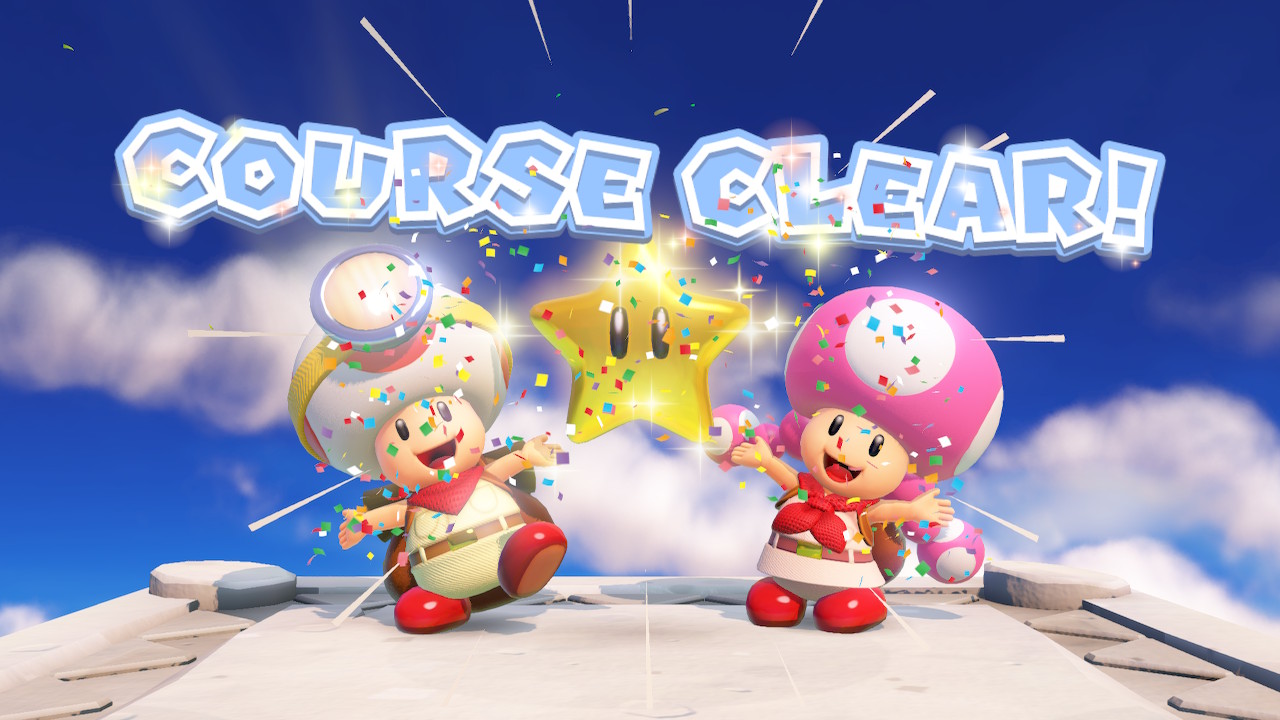 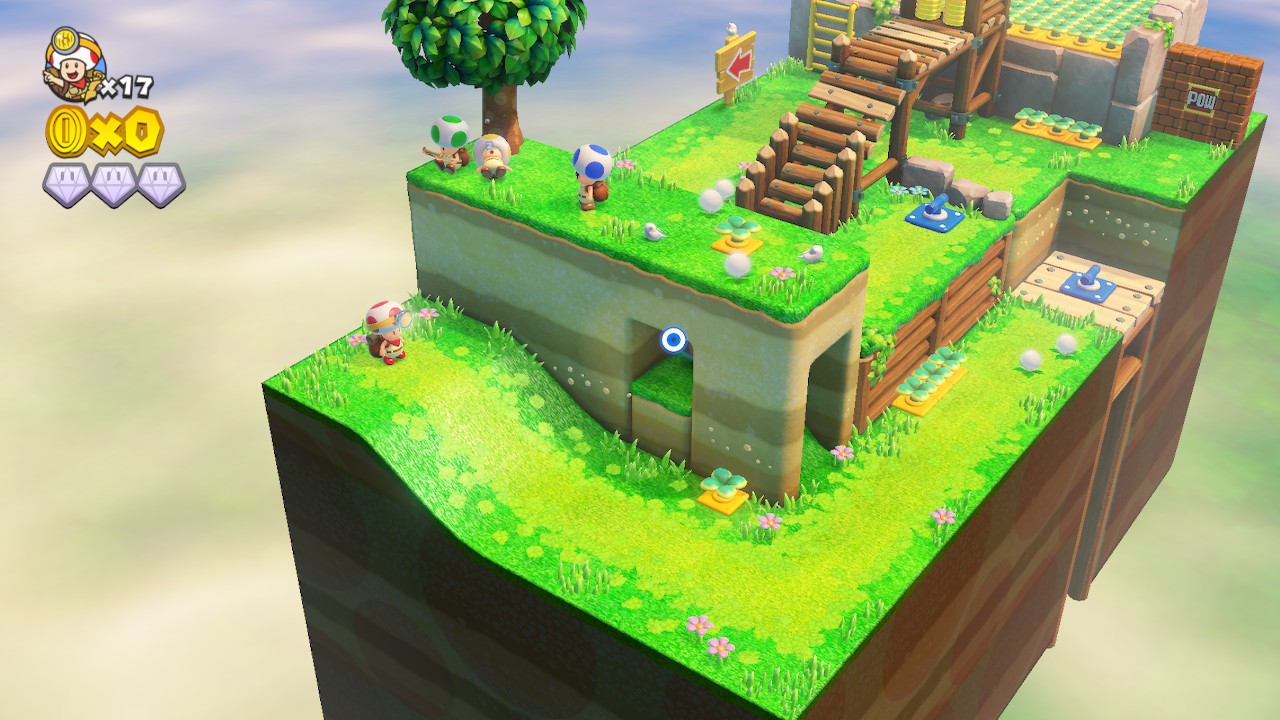 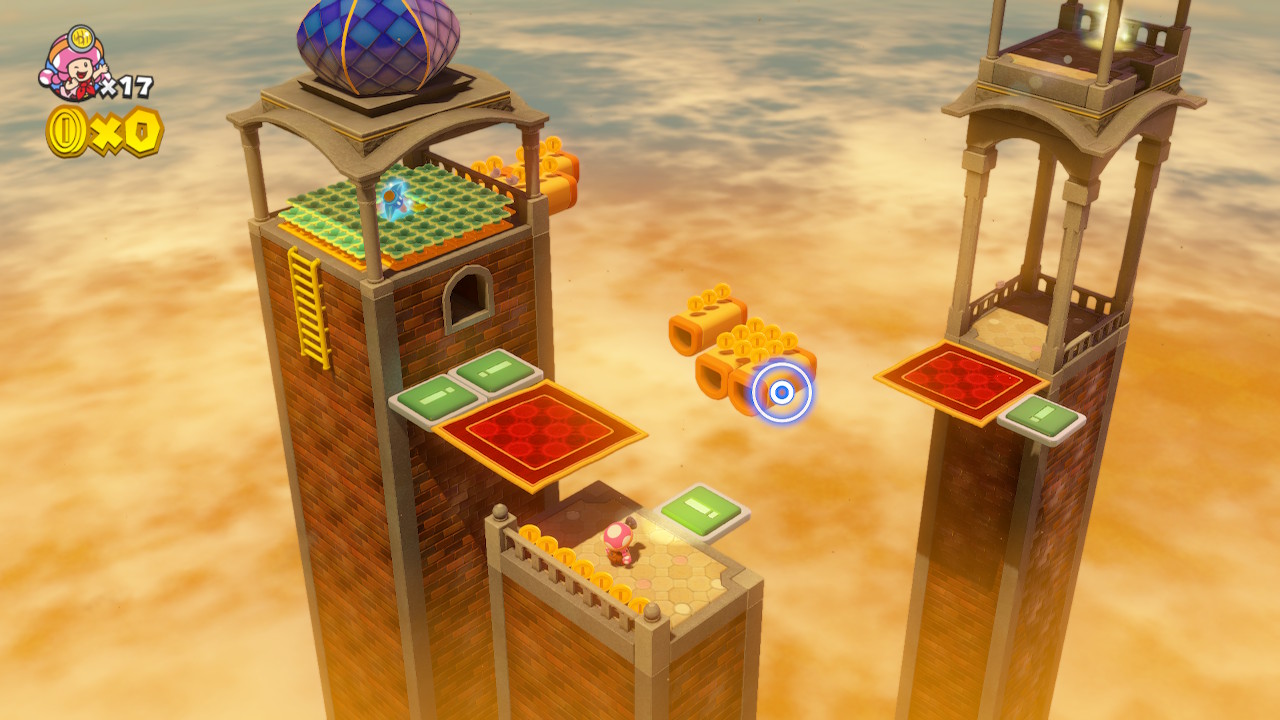 The levels are Mario-themed; you will be facing Mario enemies like Goombas and Shyguys and many of the mechanics are carried over from Super Mario 3D World. There are also touch screen mechanics; blocks that can move if tap them on the touch screen (or ZR with the cursor in handheld mode). There are also boss fights, though those aren't especially challenging. 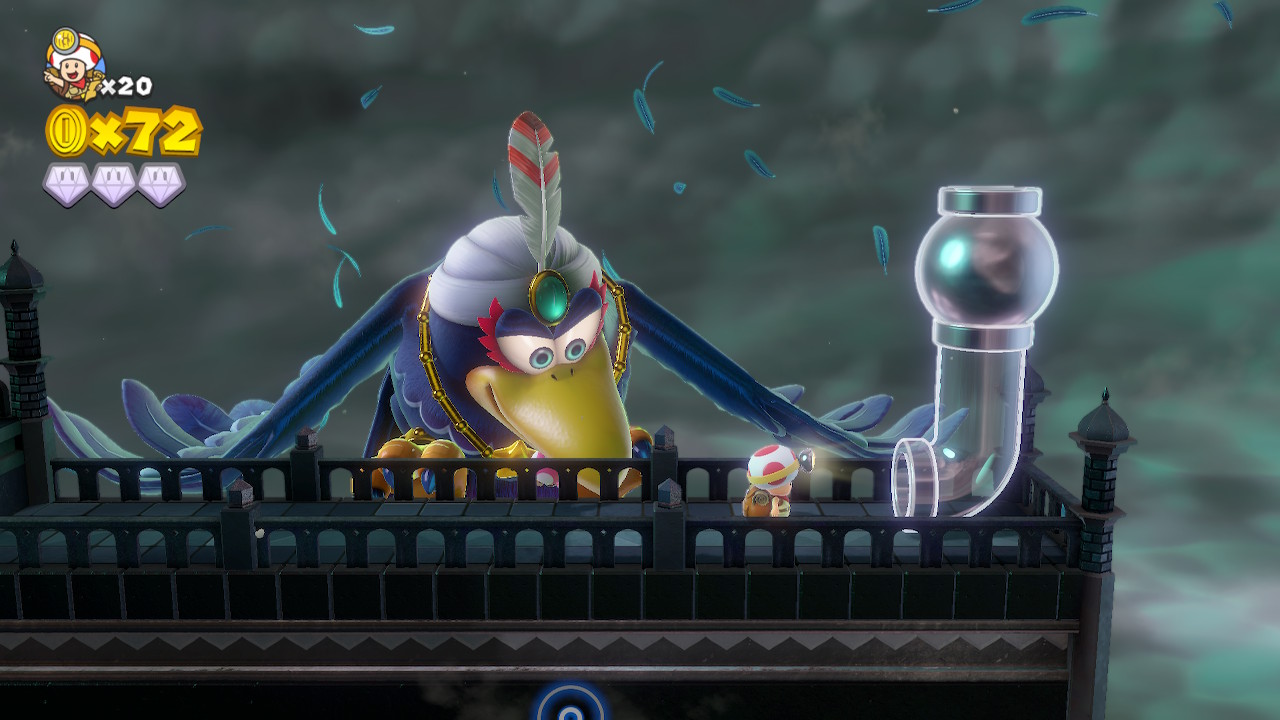 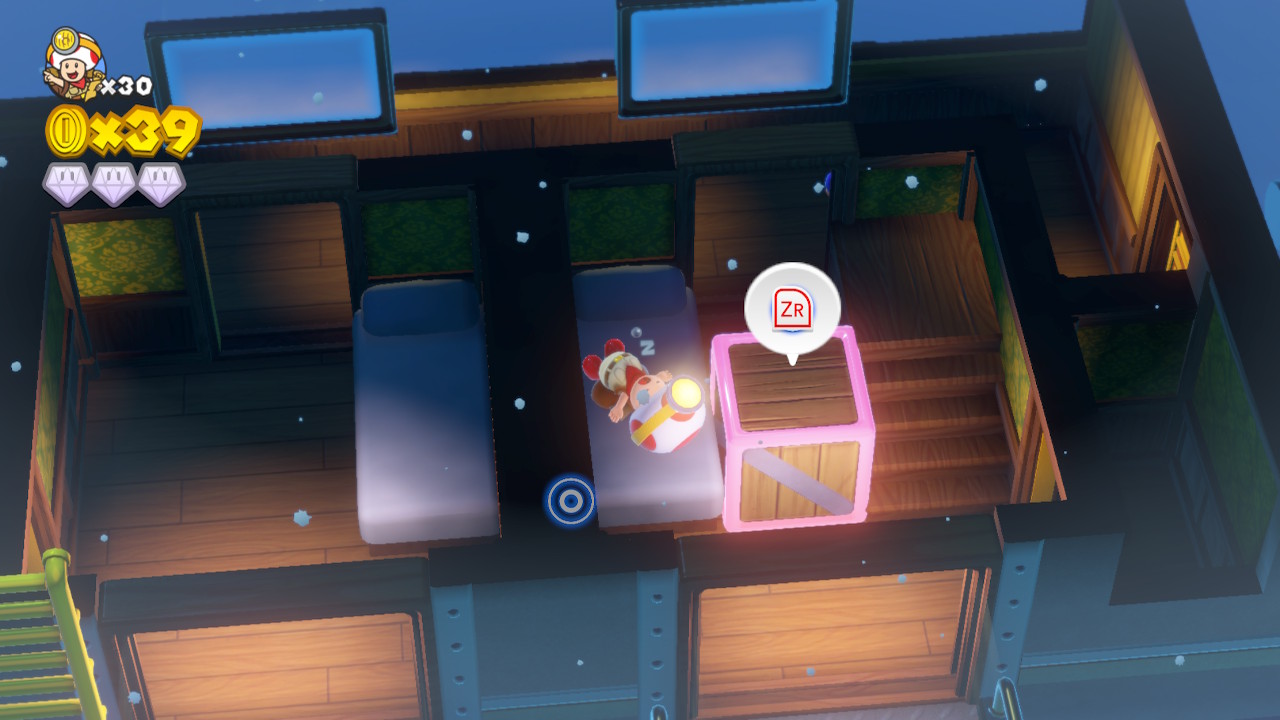 I managed to play episodes 1 and 2 to completion (with all gems and bonus objectives) within the time period, and got close for episode 3, but didn't bother getting the bonus objectives for the last 3 levels. Episode 1 and 2 had 18 levels each, while episode 3 had 28 levels. 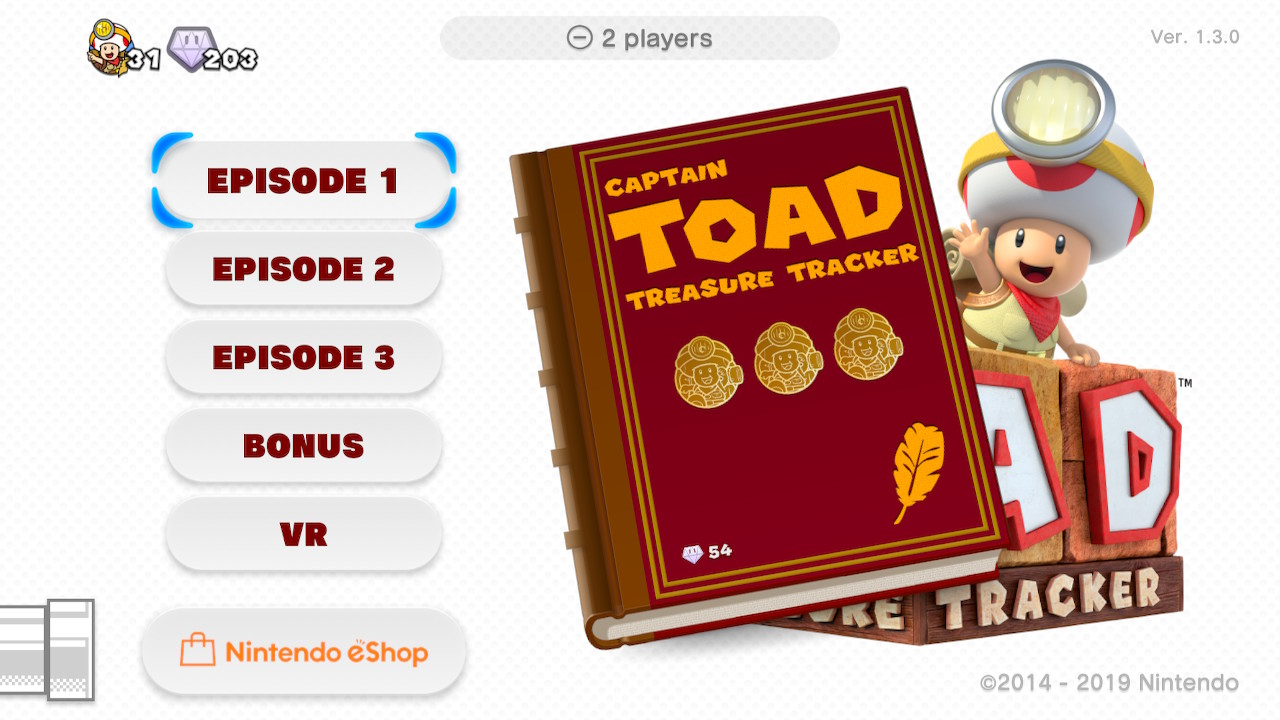 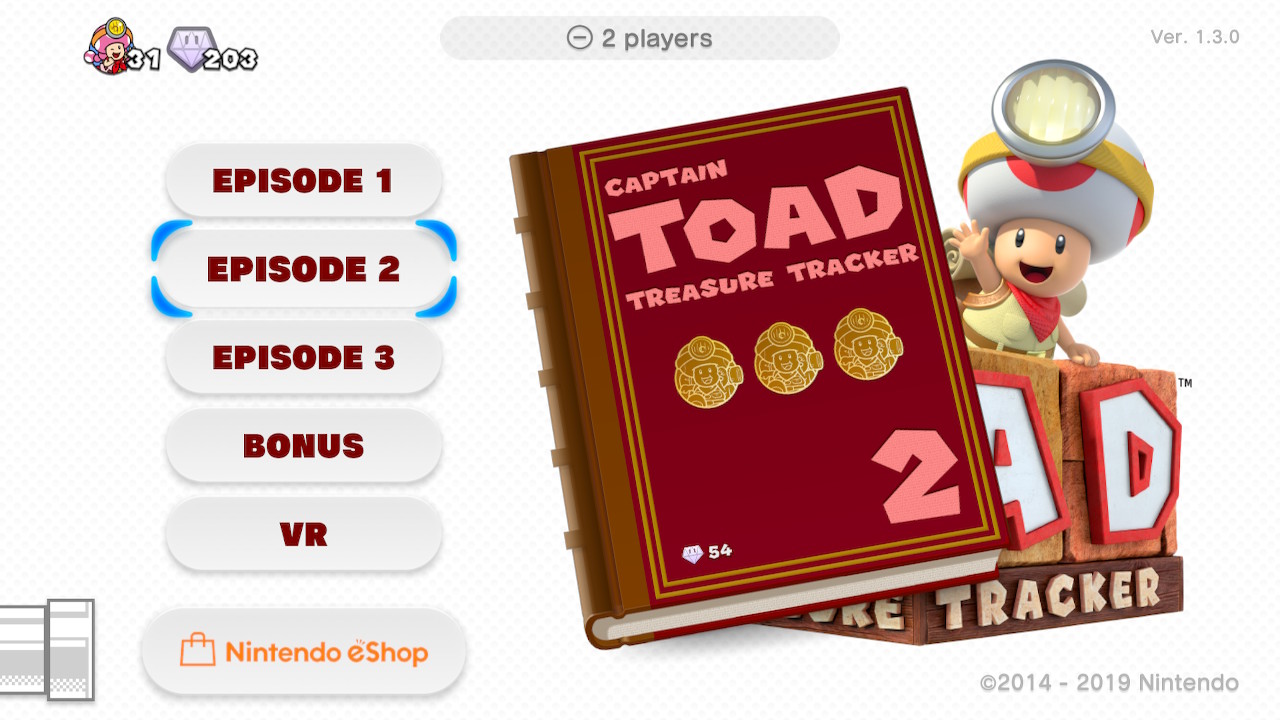 I expected the game to be a bit lazy and not very stressful in regards to needing to rush through the levels; meaning you have time to look around and consider how to "solve" the level, since that's the impression you get when you play through the Captain Toad levels introduced in 3D World, and for most of the levels this is true. There are also more action-y levels especially later on, which were much more difficult like where you have to outrun rising lava or race through a tight course. These were typically the ones I did not have patience to get the bonus objectives for.

After the three episodes there are some bonus levels to play; in the Switch version, four of them are themed around Super Mario Odyssey. Then there's four levels where instead of super gems, you have to gather three other toads who follow you around like a train; except they're kinda dumb (they can fall off platforms and if they get hit it's a death), so you have to be careful how you lead them around. Then there's the 4 BS "Mummy-Me" levels, which are basically do-overs of some previous levels, except this time you have a Mummy Toad chasing you around (similar to the annoying "Shadow Mario" levels from the 3d Mario games) which means you have to always keep moving. Not a fan. After that, you can unlock the prologue levels for each episode you completed, and a final 50-floor maze level which I never got to since I never completed episode 3.

Too bad about missing completion; I would have surely been able to do everything if I had more time to "git gud", as they say. But still, the price was right, and I did enjoy most of the game, despite the more annoying levels, so I am thankful to Nintendo for the "free" game. 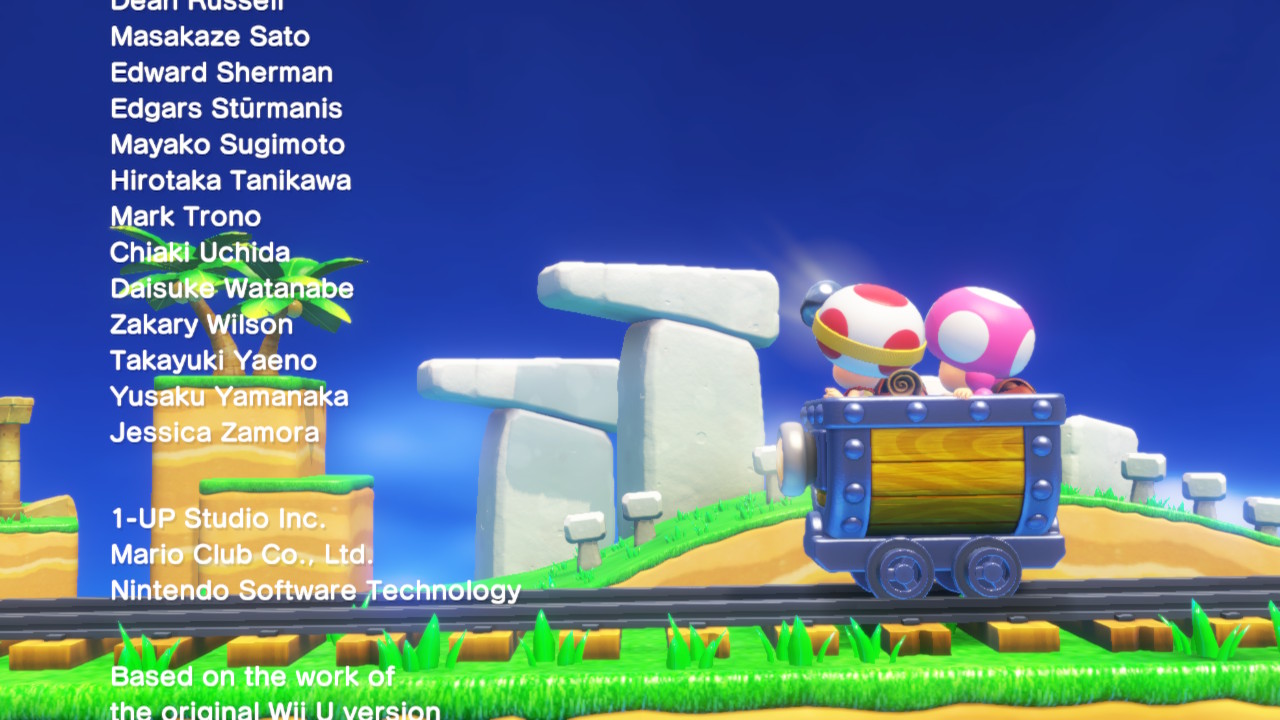 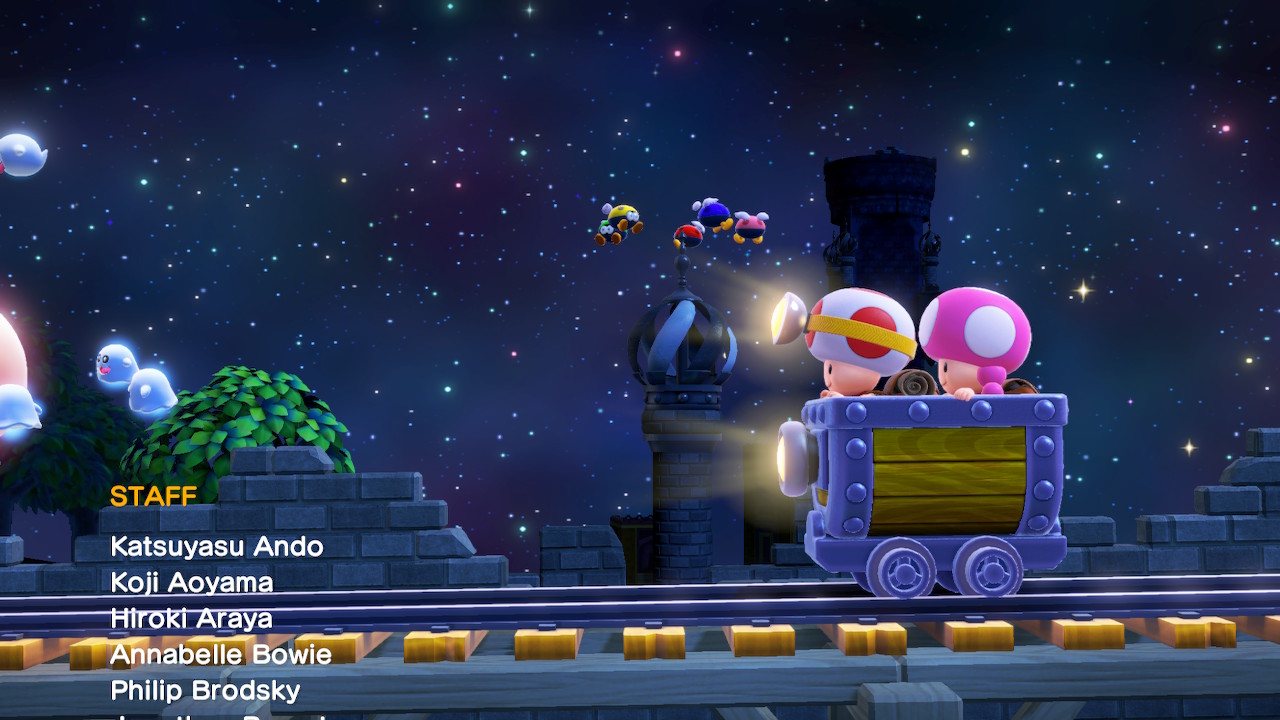 Stats for this game from the Switch Year in Review

👍 Wouter Groeneveld
If you enjoyed my content for some reason, I'd love to hear from you! Here are some options: