No Time to Die

Bond film no. 25, undeniably Daniel Craig's last, and the culmination of this year's James Bond run.

We started watching a bit past 10:30pm which might have been a mistake as the movie is quite long - we finished the film almost 1:30am, with no breaks. One can argue the movie is too long and that a few scenes should have been cut here or there, but I didn't find any particular lulls or pacing issues that were too egregious. The runtime is not helped by the director making the audience bask in each scene, panning and zooming to show beautiful landscapes before honing in on the action. Even the downtime shots are in no hurry, the camera lingers between the characters, giving the actors time to flesh out their portrayals.

The film and plot itself are quite good, I didn't find any obvious problems and it moves along at a decent clip. Craig gives a good performance here, perhaps his best as James Bond. Ana de Armas is in this film, giving a great but unfortunately short performance. Lashana Lynch portrays another double-O agent at odds with Bond, and she kicks ass in this role. Lea Seydoux and Christoph Waltz reprise their roles from Spectre, and Jeffrey Wright makes what is probably his final appearance as Felix Leiter as well.

Rami Malek's antagonist seems to have been written as an epitome of the Bond villain - complete with henchmen, secret lair, and evil plot. Unfortunately, he gets very little screentime and doesn't have much to work with, as the character itself was a bit uninteresting.

All in all, a fitting and emotional end to Craig's run as James Bond. It's great that they carried over story elements all the way from 2006's Casino Royale, making Craig's run the one with the most continuity. Looking forward to the next iteration of modern James Bond, and the inevitable speculation of who will next take up the mantle. 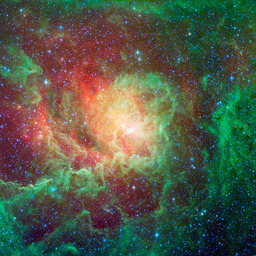 @roytang Thanks for sharing the review and for hiding spoilers! I will probably go check out this movie.