I finished The Great Ace Attorney Chronicles this week! A game I've been playing since August. If you're not familiar, it's a collection release of the two latest games in the Ace Attorney series, a series of story-driven visual novel-type games centered around defense lawyering. Both of the games in the collection have not had an English release before. I played and enjoyed the first four games of the series on the NDS back in the mid-00s, so I was looking forward to this release.

The two games included are Great Ace Attorney Adventures and Great Ace Attorney 2: Resolve. Unlike the original series which take place "in the near future", these games takes place near the end of the 19th century as Japan was opening up to the world following the Meiji restoration. You play young Ryunosuke Naruhodo, supposedly an ancestor of modern-day series lead Phoenix Wright, as he falls into the path of a defense lawyer and eventually finds himself travelling to Great Britain to practice law.

Each of the two games is 5 chapters long, with each chapter corresponding to one murder case... most of the time. Although these are 2 separate games, the story of the second builds upon plot threads left hanging in the first, so you can treat them as one continuous game. A rather long game too, my playthrough came out at a bit under 55 hours according to Steam.

One feature of this game is a character called Herlock Sholmes, who you meet early in the first game. When this was announced, one of my friends complained that it was weird to reference a real-life property in this manner, and yet not just use the name "Sherlock Holmes" directly. I pointed out that since Sherlock Holmes was not yet fully public domain at the time, they probably did it to avoid any possible copyright issues. In any case, while Sholmes and his associates are important recurring characters in the game's story, they are not exactly the same as their Arthur Conan Doyle counterparts - and the ways they defy expectations are but some of the many twists you encounter in the game's complex murder cases. 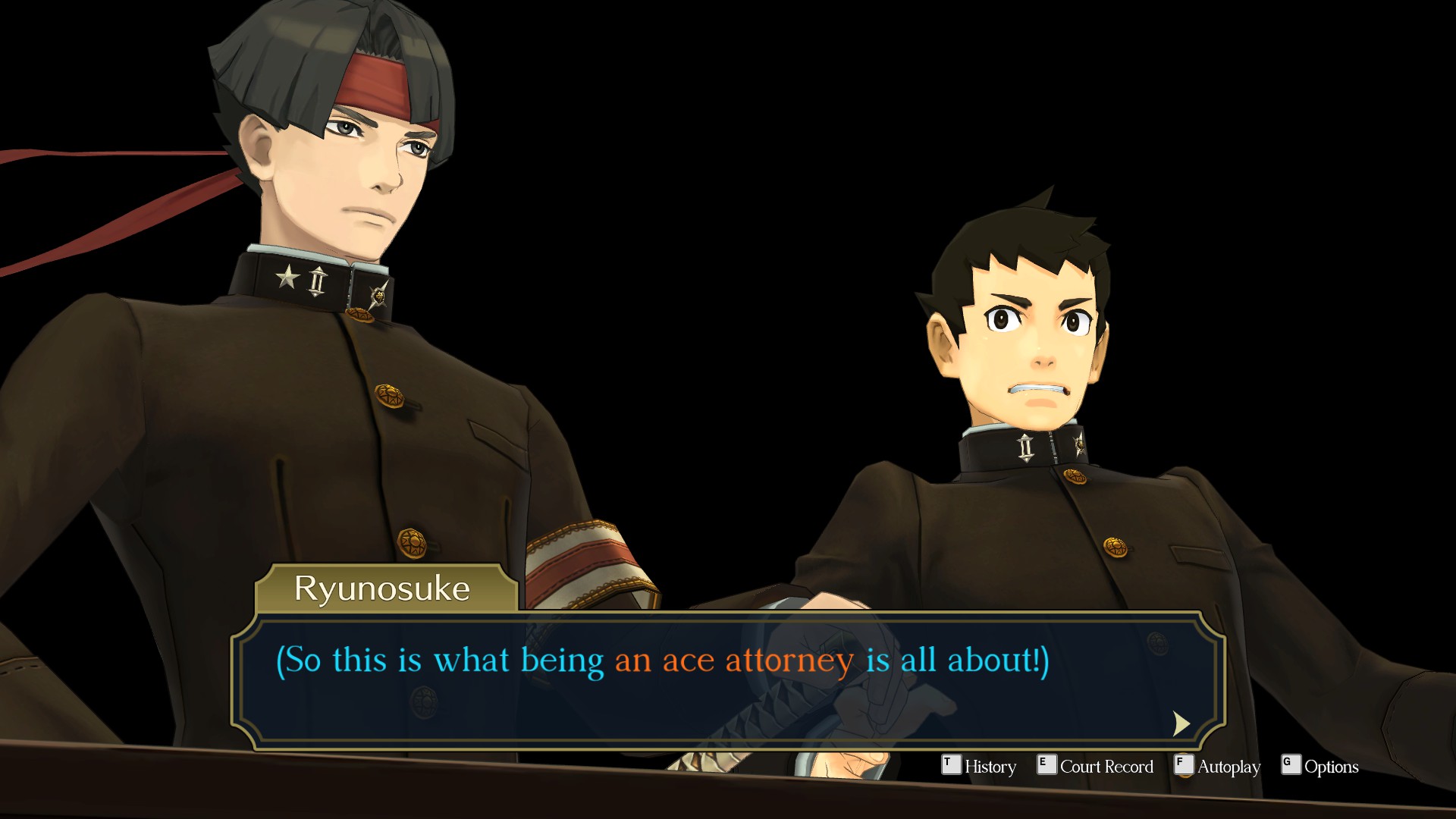 I still use the term "photodump" even though these are actually screenshots, not photos. Whatever. Anyway, I decided to put them in a separate post since they're very spoilery! Click here to view all the screenshots! 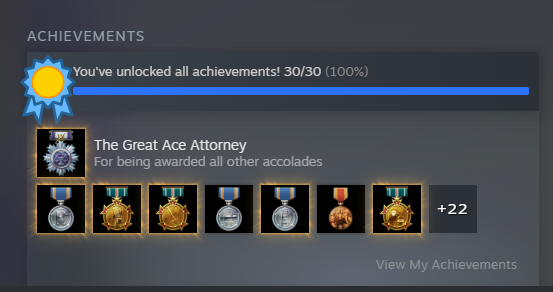 I originally wasn't going to go for achievement completion on this one as some of the achievements seemed super annoying to collect. But it turns out the game is very achievement-friendly. Many of the achievements are about viewing certain optional conversations in-game. After you've finished each chapter, chapter select lets you jump to specific points in each chapter, making it easier to find those conversations. And even better: the game's main menu has an "Accolades" section that lists out each thing you have to do with a checklist of whether you've done it already. Great for achievements like "find all conversations about shovels" (a staple series in-joke).

At first I wasn't sure I would get the game, as it seemed a bit expensive even on Steam - basically a full price game at launch, and I rarely get full price games at launch. That said, I did greatly enjoy the game; the story is pretty good, and there are some great characters and I found the puzzles challenging enough to figure out. (You may be save-scumming a lot in the later trials!). And there's certainly abundant content, two games worth and there are even extras like sketches and character designs with commentary. English and Japanese voices are available for the few voiced scenes. Overall a pretty good package, and I think I've ended up pretty happy with the purchase. Highly recommended if you like the series or just enjoy deciphering puzzling mystery stories!