Tagging this "life philosophy" because I think people should have a declared life philosophy and it's something that should be reviewed and possibly revised on a regular basis so the tag will help me look back on this further down the line.

I just want to wander through life finding interesting things

(Cutting out the "until you die" part because I don't plan to die. Somehow.)

Having a defined life philosophy is helpful because then you can evaluate any problematic situation that comes your way against that philosophy, and if it's not something that aligns, you can drop it and move on without guilt.

Some history: When I was younger (like college / early working years), I was all into the purpose / grand ambition part. I was ambitious, or it might be more accurate to say I had delusions of grandeur. I would often visualize myself doing some great things, whether that was something like writing a great novel, creating some superviral software platform, making the next great game franchise, winning the Magic pro tour or such. The problem was all of this ambition never came up with the discipline or hard work that would have been necessary for the accomplishment. A man's reach exceeds his grasp, et cetera.

As I grew older, I found myself engulfed in the drudgery of everyday working life, and focus shifted from ambition to just getting by in the day to day treadmill. When I got tired of feeding the capitalist machine, I formed the first version of this life philosophy, informally, in my head: "From now on, I will only do things that I want to do." (I violated that fairly quickly!)

And now I feel like I'm in a stage in my life where I don't feel strongly enough about any one thing that I think it's a good time to formally declare this as a life philosophy. Basically I'm in an exploratory, "try things out and see where they go" mode. An example of this in practice is how I've been doing game jams recently, and while getting into gamedev has been a longtime dream of mine, I hold no long-term ambitions about it. Maybe something comes out it, maybe not, but no matter what I'll just enjoy the game jams as they happen.

This kind of feels like abdicating responsibility in some way, as if I'm turning my back on an obligation to the world to be the best that I can be, but I'm just past the age where I want to worry about that kind of thing. I just want to enjoy life, be entertained, be challenged, and not have to worrry too much about where that trajectory takes me.

(I recognize that this is absolutely a form of privilege that I have, that I can afford to just explore and try out different things and not worry too much about surivival, that's not a path everyone can take. If this path is open to you, I suggest taking it if you can.)

👍 zal⁷ is hoping to propose mid-sem🌱 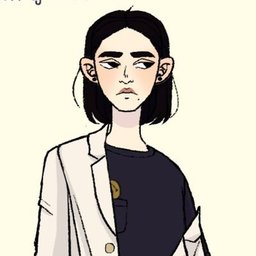 @roytang Just so you know, I appreciate your sketches! Hehe