When I was much younger, I used to strongly identify as Lawful Good. Whenever I'd play any of the old-school DND RPGs like Baldur's Gate or Neverwinter Nights, I'd find my main character almost always being a Lawful Good Paladin goody-goody type. This was back when I was younger and more idealistic and a stronger believer in "rule of law"-type principles.

As the years have gone by, I've found that my alignment has shifted considerably. Part of it is a strong disillusionment with the "law" part of lawful. As I've become more immersed with events in my country and the world, I've found that adherence to law and order isn't always in the best interest of people or society. The imperfect men implementing the laws can always be corrupted or can find ways to abuse or circumvent the law, while staying within the purview of legality.

And even in the ideal case where a society is able to consistently apply the laws over the whims of men, the laws in place can still be disadvantageous to the progress or greater good of society. Laws in place have a tendency to be used to preserve the status quo, which in many cases means reinforcing inequality or imbalanced power structures, favoring the entrenched and the elite over the greater majority.

I still largely advocate for following the law and obeying the authorities, but only where it makes sense. In order for society to progress, we must be willing to shake off old norms and challenge the law and authorities where applicable.

The original online alignment quiz is no longer available on the current Wizards/DND site, but there are some that have replicated it elsehwere. I recently took it again to confirm what I've know for a few years now (image result attached). My current alignment is Neutral Good. 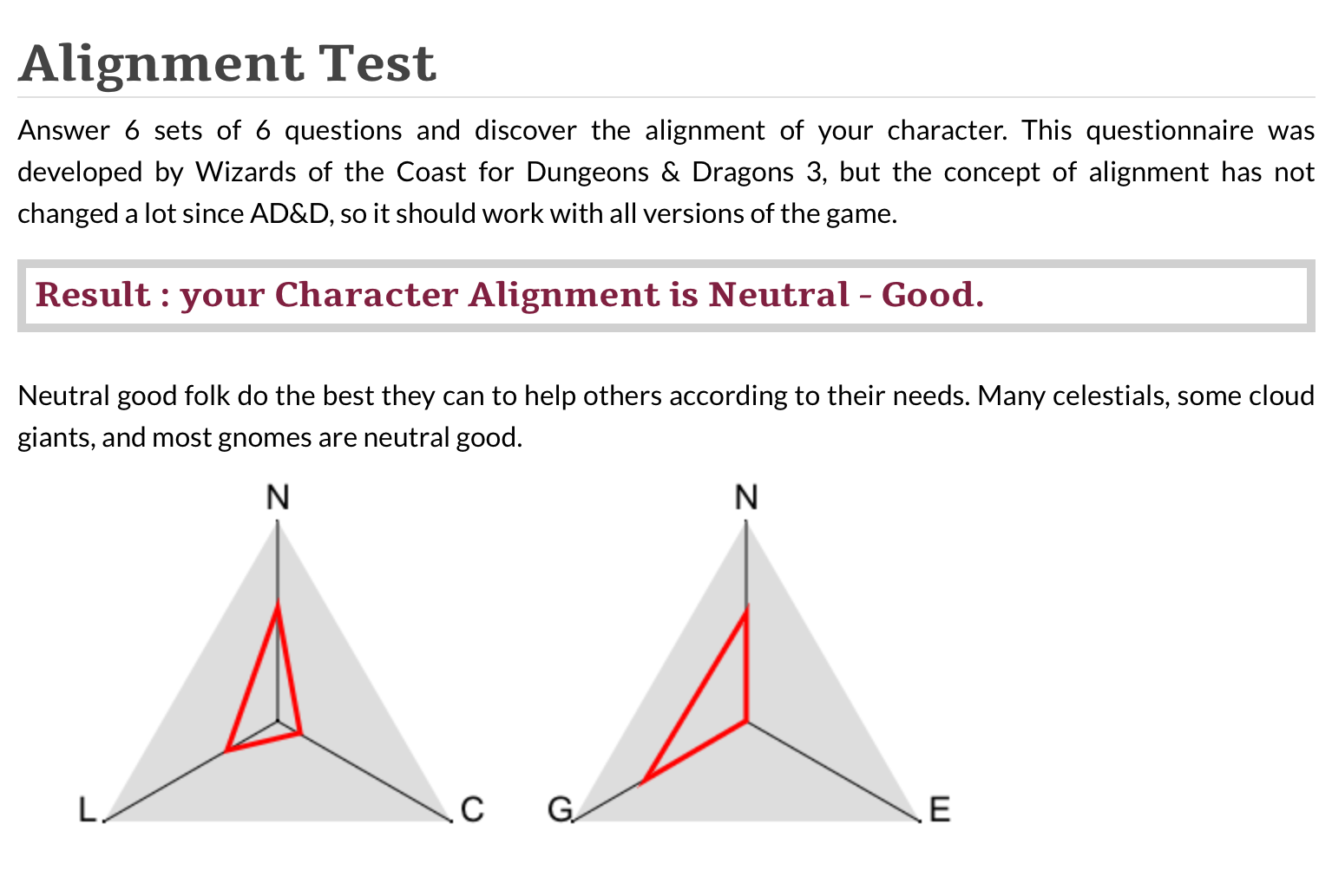