It took me more than three weeks to get through Gibson's influential work Neuromancer, a book that pioneered the cyberpunk genre and even introduced terms like cyberspace, ICE and "the matrix" into popular lexicon. It's not because the book is bad or anything, it's just that Gibson tends to describe everything very vividly, and almost all of it from the POV of our lead character Case, who is sometimes in the real world, sometimes in cyberspace, and sometimes simply just drunk or high.

I found myself taking time with each scene to visualize where Case was and what was going on. In later parts of the book, it became even more complicated because Case gained the ability to see the world from the POV of his ally, the cybergirl Molly. So for many chapters the POV would consistently shift between Case in the real world, Case in cyberspace, Case looking through Molly's eyes, and so on. Some of it even takes place in space / low-gravity scenarios, so the perspectives being described can be challenging to imagine. Throw in a lot of high-tech / near-future slang and Rastafarian accents and it can make for a challenging read.

I made it to the end, somehow, though every step of the way I doubted whether I understood what was really going on. In fact, I had to read a plot summary afterwards to confirm that yes, I did in fact understand the story and I was not being dumb. Hard to tell without spoiling anything, but it's really the sort of thing you'd expect from a cyberpunk story anyway.

I did enjoy the book, though I suspect I would have liked it more as a movie, as that would have been easier to follow. 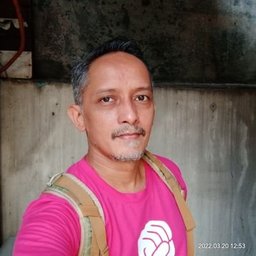 @roytang FWIW, I've read the Sprawl Trilogy three times, and I needed to let the books sit and marinate for a while.

Oh, I count years been reading Neuromancer and Count Zero. Feels like there was a hump I needed to get over. 😁