I posted yesterday asking for suggestions for this #SixFanarts thing that's been going around. I actually got more than six, so I decided to do twelve! (I had to reject like 4 other suggestions, sorry!)

While I was doing the Sakuragi one, I made a boo-boo where I put the rough sketch on the same layer as the Buffy one and messed it up and later I couldn't recover it. I didn't want to redo the thing, so what I did was ran the timelapse, got a screenshot of Buffy from there and pasted it back into the image lol. It's not cheating, I mean, I really did do the drawing! You can see these shenanigans and more in the timelapses below! 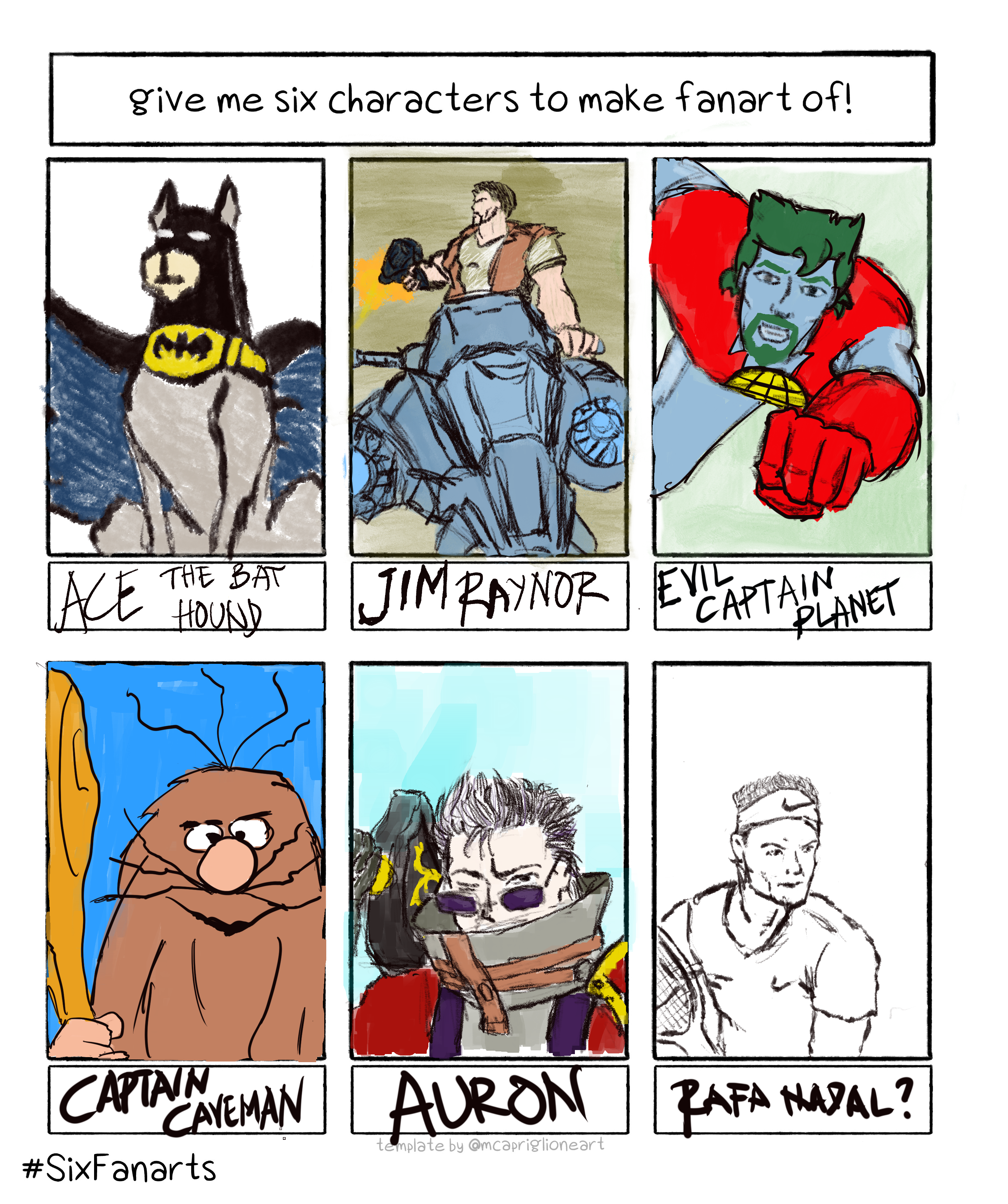 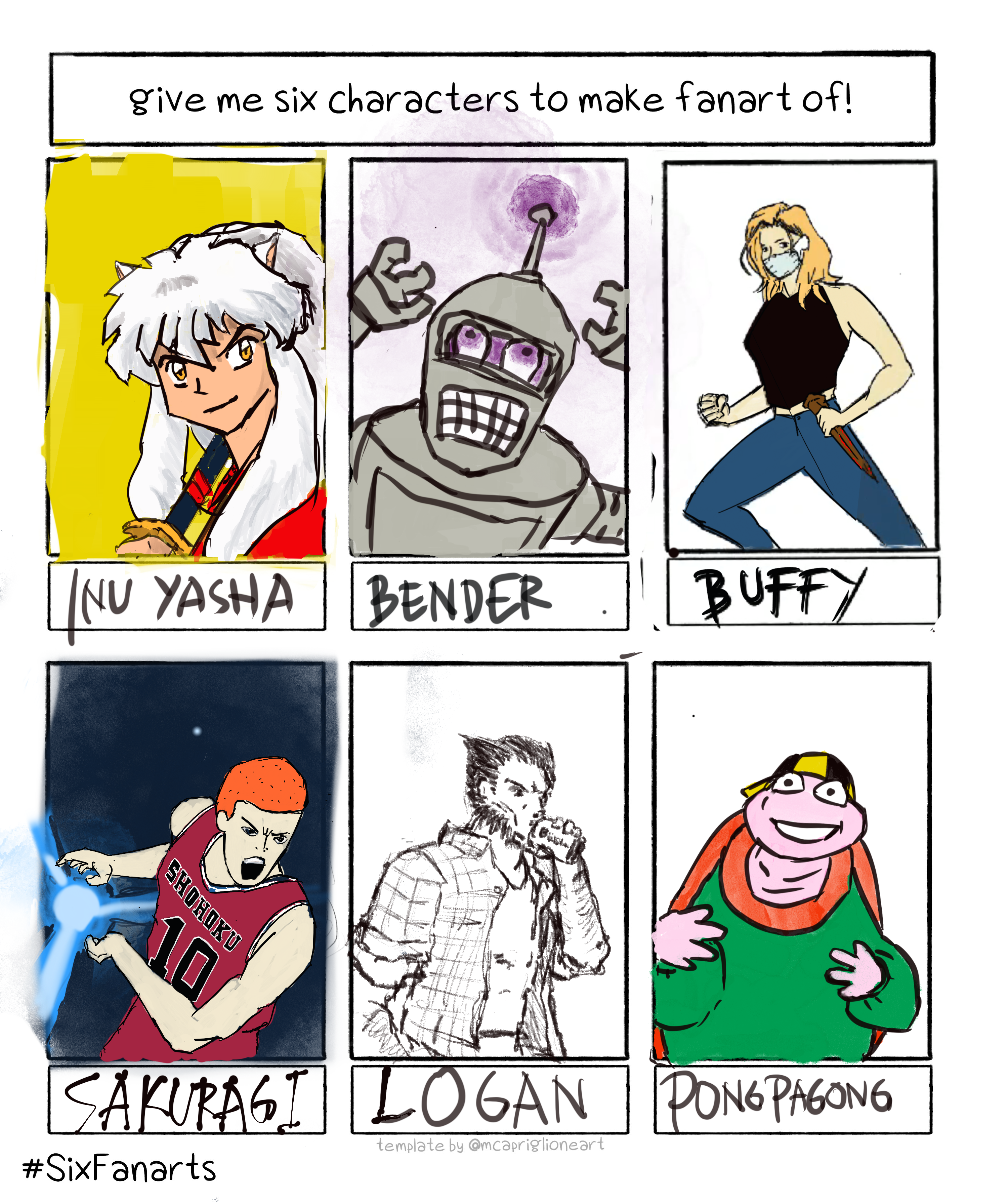 Galing dude! I think you are better than me na. What app do you use?

I really like the Jim Raynor on a Vulture. Props for the awesome action shot!

It's Procreate. I thought about doing it on paper, but parang ang hirap nung iba e lol

I’m a bit disappointed. I was expecting Jim Raynor on a flying vulture.

@roytang I'm curious as to how Samurai Jack, Quick Draw McGraw, Underdog, Mr Peabody and the Fairly Oddparents would look together.🤔

Apparently Mastodon doesnt let me upload two images at once! 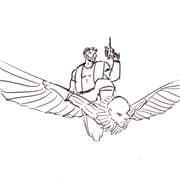 I expected a regular vulture, and you gave The Vulture. 👏

You could drop him into a lot of shows without changing much and he'd fit right in. Ranma. JoJo. Fist of the North Star. Shonen protagonists unite.

He'd be right at home in One Piece 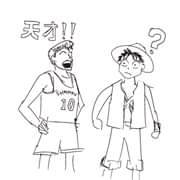