Should I still write tournament reports even though I did poorly? Spoilers, but the answer is that has never stopped me before!

In today's installment of "I thought you were quitting paper Magic?", I attended an MCQ yesterday for MC Richmond. The format was Modern constructed.

I initially wasn't planning to play because (a) the entrance fee was kind of ridiculous; (b) modern is a bit of an unbalanced debacle right now because of Hogaak; and (c ) my one assembled Modern deck (Grixis Death Shadow) hasn't been used since 2017, and was completely absent in the meta for the recent MC Barcelona. That being said, I was still considering it because in my head there's always the fantasy of "Oh, I won the MCQ now I went to the MC and somehow I won too and now I'm on the gravy train." Oh, and the Death's Shadow discord convinced me this deck is still legit. (There's a discord!)

What helped in my decision to play was bringing the GDS deck to a Modern FNM a couple of weeks prior to the MCQ. Only three people joined up (including me) due to the heavy rains, but that was enough for a couple of matches and enough to remind me why I enjoy playing this style of deck so much. GDS plays out like a puzzle every turn, where you're trying to find the right sequence of moves for your turn to optimize for your Death Shadows and also to stay alive. Granted that's not unique to this deck, as that's typical of Modern; that's why I enjoy this format much more than Standard.

So I decided to play the MCQ. With only an FNM as practice. Good luck to me, although I kind of already spoiled the outcome with the first line of this post. After some hemming and hawing on the sideboard choices and plans, here's the list I went with:

And the sideboard plans too for good measure. Feel free to tell me if these are terrible choices:

Metagame expectations: The great thing about Modern is despite the existence of an overpowered deck in the format, you can still expect a lot of deck diversity, unless your field is full of pros who will play "the best deck" no matter the cost. For most other people, they will often have a pet modern deck and will prefer to stick with it rather than spend a ton of money to move to a different deck (which may even not exist in a couple of weeks!). That being said, my general plan for Hogaak decks was to avoid them (and I did that successfully!). This being Manila, I expect the metagame to lean a bit more towards aggro, burn and control. (I was not wrong!) 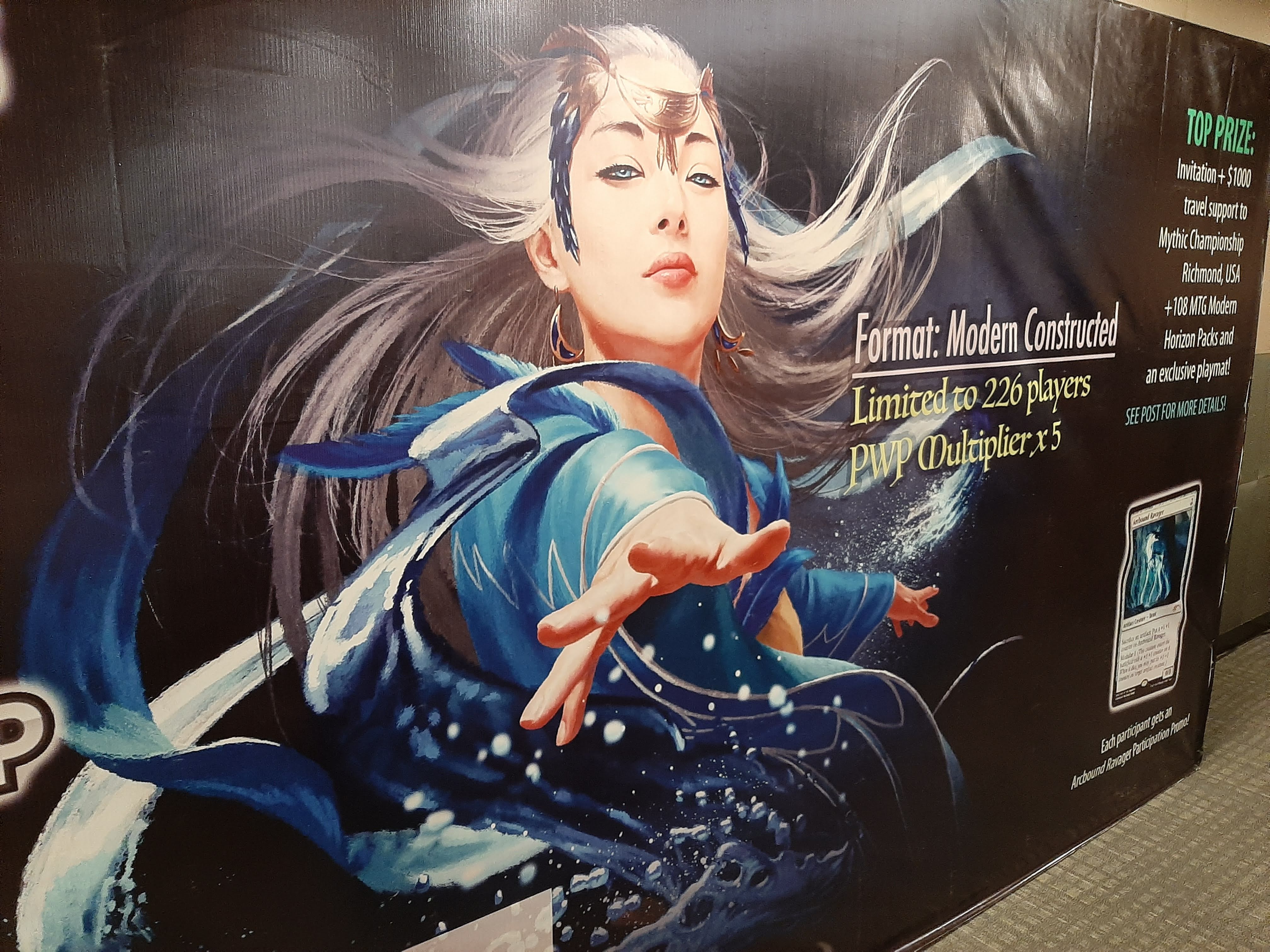 On to the match reports!

At X-4 there's no chance of prizes so I dropped. My teammate winning round 6 was probably better anyway, since his deck had a better matchup against the field. He later went on to win the last 2 rounds, so our pool won some packs for the event despite how poorly I did.

Despite the occasional imbalance, I love Modern as a constructed format. The power level is high, there's a lot of deck diversity, and most matchups are very skillful. It would be super easy to quit (paper) Magic if Standard was the only format you played - the yearly rotation times are natural quitting points after all. But Modern makes it more likely for me to keep playing constructed, even if only occasionally.

Side note: someone called me out at the tournament yesterday with "Roy Tang! You're still playing?" which is indicative of both how active I used to be (since people still recognize me) and also how inactive I am these days. I half-jokingly replied that I only play about once a year these days, but that's not too far from the truth. A few weeks back, popular player Sam Black tweeted about how he much he valued the in-person aspect and community of playing paper MTG and not so much the eSports/online/Arena/streaming side. For me it's kind of the opposite; I don't have any ill will towards the local community, a lot of them are fun to hang out with, but I believe that if I could play Magic 100% online for an affordable rate (i.e. on Arena, and if it had Modern), I would gladly do so.

Going to tournaments is a pain and a hassle, given conditions in Metro Manila, and they take up far too much time. Then there's all the logistic of putting together decks, trading and buying and selling individual cards, having to shuffle with my sweaty hands, having to be aware of whether your opponent is doing something shifty, etc, all of these things that I dislike about paper Magic go away if I'm playing Arena. I'm not saying I'm quitting paper Magic, I know better than to assume I can do that, especially given that Wizards just announced their new plans for profession play going forward, but I am looking forward to the day that Arena and paper have parity in the formats and opportunities they afford players.

👍 Aleks Felipe
If you enjoyed my content for some reason, I'd love to hear from you! Here are some options: