A while back, I read this post from 2015: Who is doing this to my internet? lamenting the changing nature of the internet due to commercialization and advertising.

It's a bit funny that the OP was lamenting about the "good old days" of the internet back in 2012, when by then the big social media networks like Facebook and Twitter were already relatively well-entrenched. When I think of the "good old days" of the internet I tend to harken back pre-social media to the heyday of blogging around 2005-2008 maybe? Those were times when instead of everybody holed up in social media silos, there were still a lot of people running independent websites and blogs.

Commercialization and advertising pretty much ruined blogging too, well before the silos started consolidating people's personal writings into their title-less posts and shares and retweets. When people caught on that you could run advertising on your blogs and earn money from increasing traffic, there began a trend of content writers who would write for money. Even now you can see job listings on sites like Upwork for people needed to write content for blogs, with the aim of earning money off advertising.

I'll be honest and tell you I thought about this myself, and added the Google Adsense to the blog back in the day. But that would never really have worked out for me, as to make money off blogging you have to find a niche and to focus on that topic and be writing about that constantly and be doing SEO and marketing to drive the traffic to you site. Being focused to one topic and marketing are kind of very off-brand for me. I like being able to write about whatever I want and whatever comes to mind. I did try spinning off some dedicated blogs at some point, for topics like for Django programming, Magic the Gathering, and I even made a comic-book focused tumblr. The efforts never last too long. Like I said, focus doesn't become me.

Social media killed blogging (or tried to anyway), but advertising ruined blogging in the same way it ruined social media. People thought they could earn money, so they changed what they posted to try to earn more views/followers/clicks. It became less about being genuine (if it ever was) and more about pandering to a wider audience and driving traffic. There was a rise in clickbait and polarizing headlines and replicating content from other sites. Things like truth or originality didn't matter, clicks and views did.

I'm not begrudging anyone their right to try to earn a living. I just wish the business model didn't have to be so annoying lol. The advertising business model existed before the internet of course, and was good enough to drive "free" industries like radio and television. So when people wanted to start making money off the internet, it was easy to adopt the same model. People online were used to other people providing content for free after all.

What other business models could exist on the internet?

There's hiding content behind a paywall, which is the approach of newspapers like the New York Times or the Washington Post or sites like Medium. That kind of thing gets annoying too and commercialization can ruin the site as well. I recently read this writeup about how a company moved their blog away from Medium because it gradually became a worse proposition as they started to monetize.

Looking at free-to-play gaming, there's one other model that I think could work: microtransactions. I mean something like cosmetics and content packs and making money off "whales", the same way games like Hearthstone and Magic Arena does it. Magic Arena's model doesn't annoy me at all. I don't play regularly enough to want to buy things and am content just being free-to-play. But that doesn't stop other people from making purchases for cosmetics and so on.

Although I realize I might not enjoy that world either. Imagine if Twitter or Instagram had cosmetic purchases where you could buy like stuff to decorate your profile page or custom frames for your posts or something like that. I think it would be a huge hit among some people, at the same time be really annoying for other people (people like me lol).

I guess what I'm saying is: I wish we could live in an (online) world where people weren't constantly trying to make money off each other. I realize that this comes from a position of privilege - of having enough so that I don't need to be thinking about earning money all the time. I realize that's not the world works and that commercialization is a sad reality that I have to live with, but a man can dream. 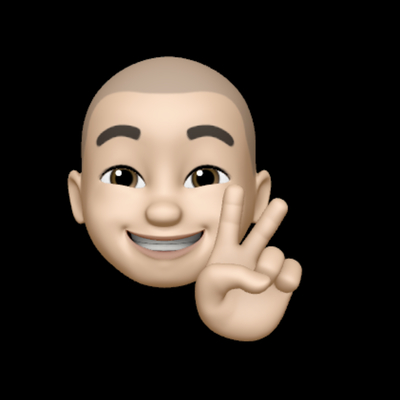 @roytang advertising on the internet is not bad per se. it is the tracking and targeting that is evil, not to mention the unethical ways of using adverts(pop-up, pop-under, etc.)

@r its a perfectly fine business model, but it does tend to make a company chase views/clicks/engagement above all else. And there are other consequences that can challenge a platform's integrity, such as this: https://www.forbes.com/sites/zakdoffman/2019/08/21/china-backlash-facebook-and-twitter-warned-you-could-lose-billions-in-revenue-report/#4e679fb14c42