Via a blog post by Dave Martin, I read about Steven Pressfield’s quotes on “The Resistance” that keeps us from doing our work:

The danger is greatest when the finish line is in sight. At this point, Resistance knows that we’re about to beat it. It hits the panic button. It marshals one last assault and slams us with everything it’s got.

(Side note: I’ve put his books on an Amazon wishlist. I should remind myself to do this whenever I find books that sound interesting)

I think about new projects all the time: game dev ideas, app ideas, programming projects, plot ideas for a novel, and so on. Very few of them go on to completion or at least some version of production. Some reasons I’ve had difficulty finishing side projects: 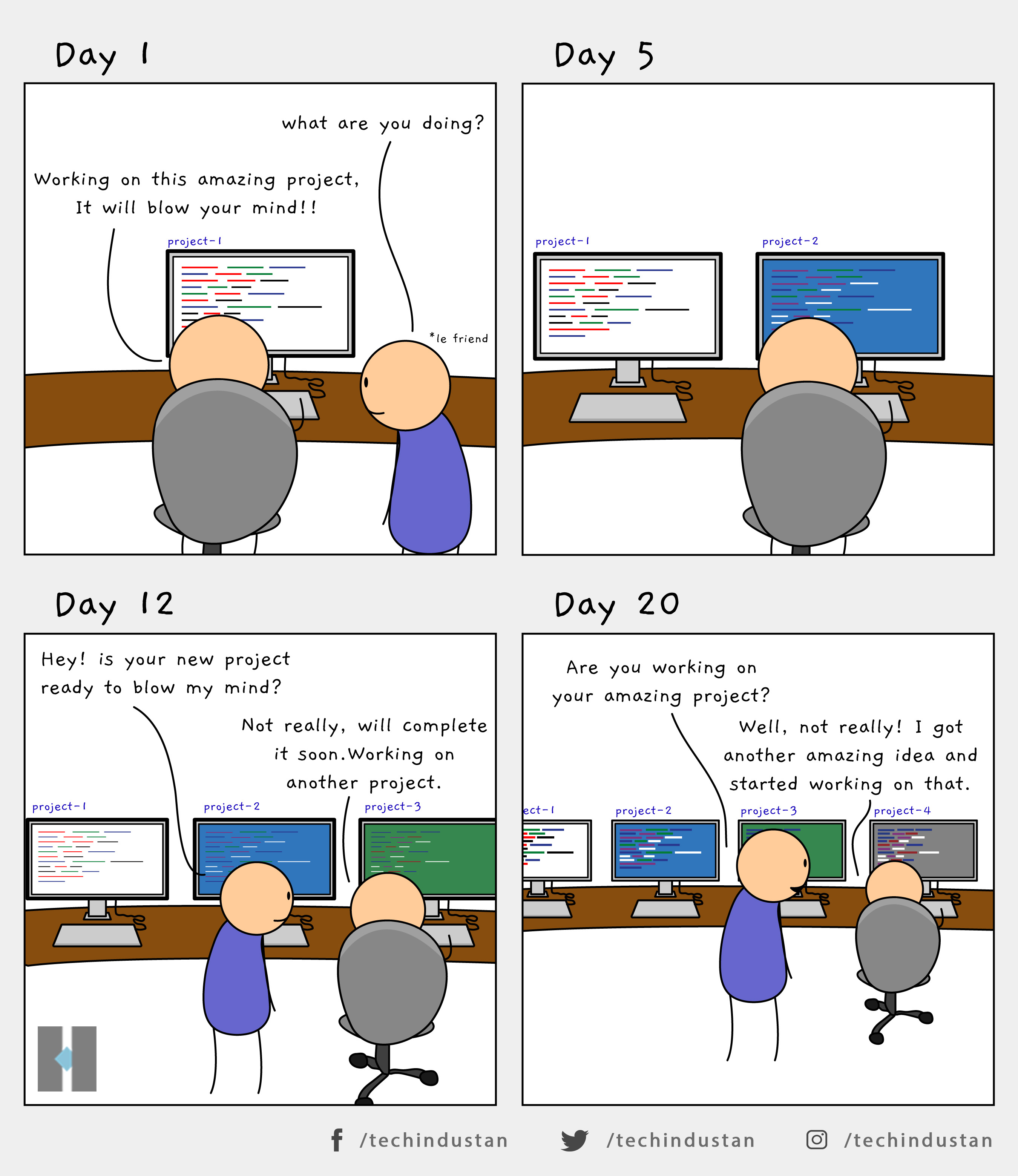 I do have the ability to go into hyperfocus and gain the flow, enough to immerse myself in what I’m doing, but it doesn’t always last, and it’s a bit of a double-edged sword, because if something else grabs my attention, there’s a good chance I’ll hyperfocus on that. (Another edge being of course, I can be so hyperfocused in burns me out).

(Slight tangent: When I’m in a team project, I’m pretty good at getting things done, because (a) there’s usually someone else holding me to account and making sure stuff gets done; and (b) there’s usually team mates to help take up those parts that I find uninteresting.)

I didn’t list plain old laziness among the reasons above, though I’m surely guilty of that. But I think usually laziness is a symptom of one of these other reasons and me making excuses for not getting stuff done.

All of these are some demons I need to tame if I really want to become more independent; I guess at least recognizing them is key and compensating for them where necessary, and making sure I only drop projects if I’m convinced they’re not worth it.