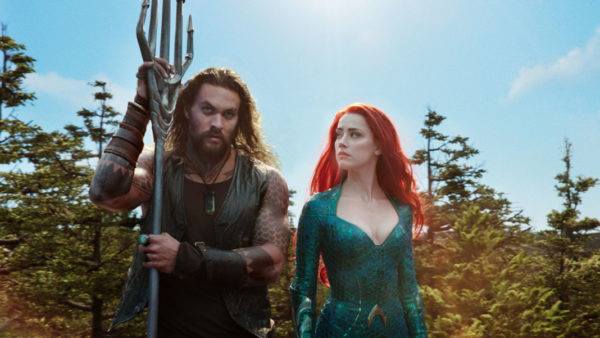 Aquaman Spoiler-Free review! I came in with low expectations (given DC's history), but the movie turned out pretty good, even though it wasn't the best comic book related thing I've seen this week (see previous post) it's fun and action-packed, some fun set pieces and action sequences. Lots of CGI (as can be expected) the plot is fairly predictable, I've seen similar story arcs for this character more than once, things pretty much happen as you expect also the plot kinda feels a bit like black panther, except in reverse? does that make sense? the first act felt a bit

Arthur's dad is Maōri, so pinoy thousands of years removed (since the theory is Polynesians migrated from the Philippines through Micronesia then Polynesia then eventually New Zealand). He is also the clone (and obviously original) from the Clone Wars.

TLDR: it has more going for it than just a wet Jason Momoa

I would've been happy with just that. 😂

Dec. 13, 2018, midnight
If you enjoyed my content for some reason, I'd love to hear from you! Here are some options: