Shogun, and the rest of James Clavell's Asian Saga 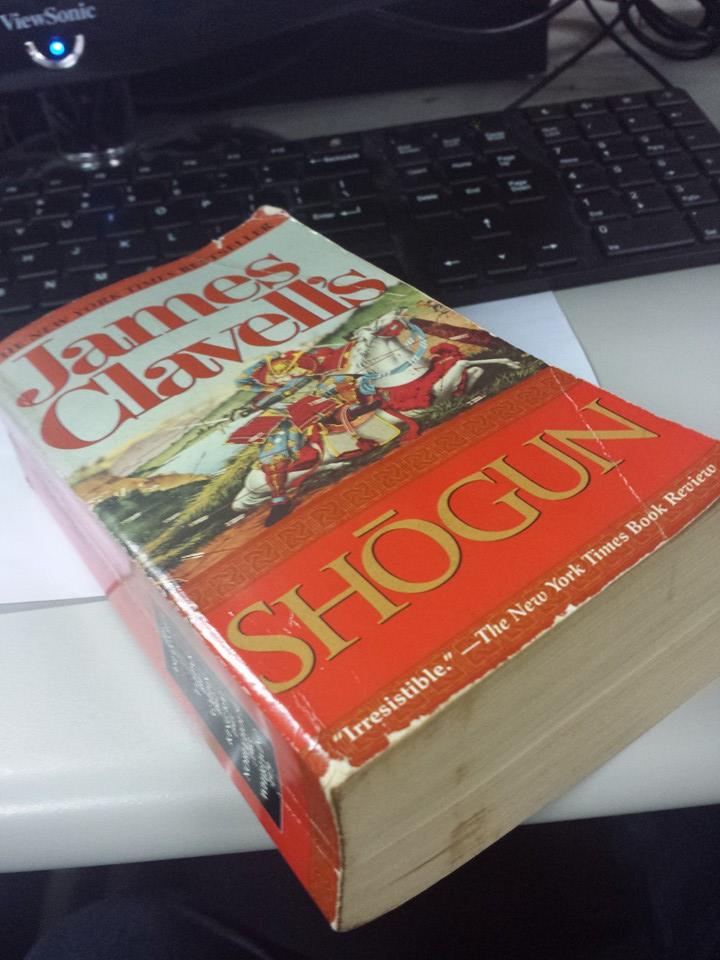 Shogun was the first novel I ever read outside of required school readings and it remains one of favorites to this day after many rereadings. It had it all -- the age of exploration, religious conflict, language barriers, duty, honor, love, betrayal, war, sacrifice, samurai, ninjas, guns, cannons, etc and it still influences my thinking to this day.

One of my favorite quotes from this book:

Toranaga: "Tsukku-san says that the Netherlands were vassals of the Spanish king until just a few years ago. Is that true?"

Toranaga: "Therefore, the Netherlands – your allies – are in a state of rebellion against their lawful king?"

Blackthorne: "They’re fighting against the Spaniard, yes, but –

Toranaga: "Isn’t that rebellion? Yes or no?"

Blackthorne: "Yes. But there are mitigating circumstances. Serious miti- "

Toranaga: "There are no ‘mitigating circumstances’ when it comes to rebellion against a sovereign lord!"

Blackthorne: "Unless you win."

Toranaga looked at him intently. Then laughed uproariously. "Yes, Mister Foreigner…you have named _the one _mitigating factor."

I later ended up reading the rest of Clavell's Asian Saga throughout the years (in fact, I believe I still have most of them on my bookshelf), but none of them stuck with me as much as Shogun. And I just found out there's gonna be a TV adaptation soon! Hope it's good, looking forward to that one. (I know there was an older TV adaptation before starring Richard Chamberlain and Toshiro Mifune, but I'm too lazy to go look for a copy of that.)

[2022-03-14] Update: I found that the first part of this post mirrored a FB post from 2014. Not sure why I was compelled to write about it again 4 years later. I've merged the syndication from 2014, but kept the blog post date as 2018. I've also imported FB comments from 2014, which is weird since it looks like the comments were made before the post! Also added markers to add the rest of the Asian Saga to my read books list (previously this entry only added Shogun).

That's coz your house is made of books dave!