While browsing through my old blog posts, I found one about my setup from 2010. I figured it was a good time to do an update. I like doing posts like these because it provides an easy reference for me to look back and see what I was working with at a certain point in time.

What Hardware Do I Use?

Desktop. I bought a new desktop rig back in late 2015, here are the specs:

OS: Windows 8.1 OEM which I immediately upgraded to Windows 10 (upgrade was free at that time)

This cost significantly more than any desktop I had assembled before, but it's worth it. Still going strong up to now. Can easily handle most programming tasks I throw at it, including the notoriously resource-hungry Android development process and of course Google Chrome. Pretty good for gaming as well, although I'm not really the "4k 120fps" kind of gamer.

Late last year I also impulse-bought a Razer Blackwidow Ultimate 2016, I'm mostly happy with it (it's my first "real" mechanical keyboard") Recently one of the keys has been acting up, being a bit unresponsive but it got better after I removed the keycaps and cleaned up a bit under there. 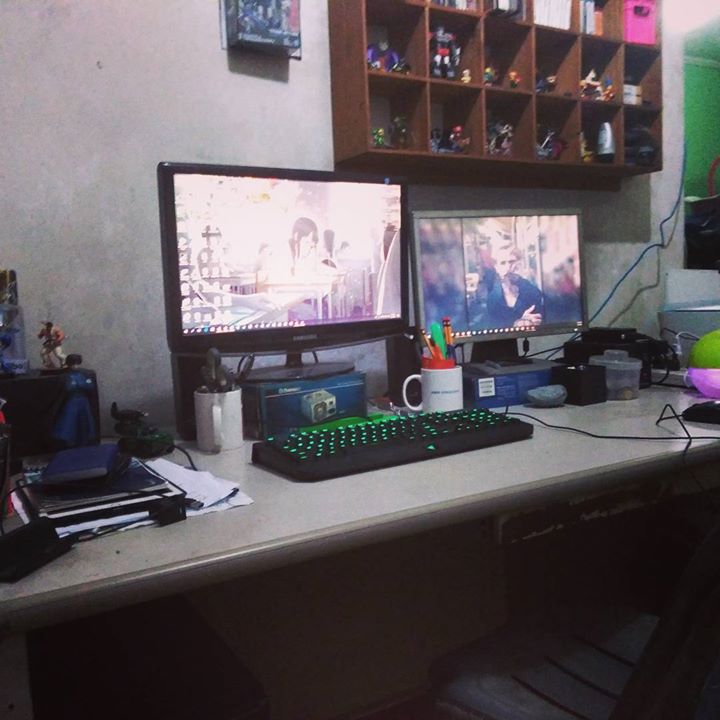 Moved the tower case under the desk to get a bit more desk space. Will see if this works

As you can see above, I also have a much wider desk now than the dinky old computer table in the old post.

Laptop. My only laptop currently is a work-issued Acer Aspire ES1-433-38DR. It's nice and handy and workable, but it's not even a year old and I've already had some issues with the laptop suddenly dying when it's not plugged in. For this reason (and a few other reasons like being able to publish iOS apps), I've been considering getting a Macbook Pro. (The only thing holding me back is the ridiculous price!)

Gaming consoles. Gaming is one of my indulgences, so there's a few:

TV. Mid 2017 one of our 32-inch Samsung TVs in the house conked out with a bad display so we decided to buy a new one. We decided on a 43″ LG Smart TV. Super happy with this, the display is much better than the previous TV. IDK how it works, I think they have some sort of software optimization that makes things look better. It's great for Netflix, Youtube, Gaming, etc. 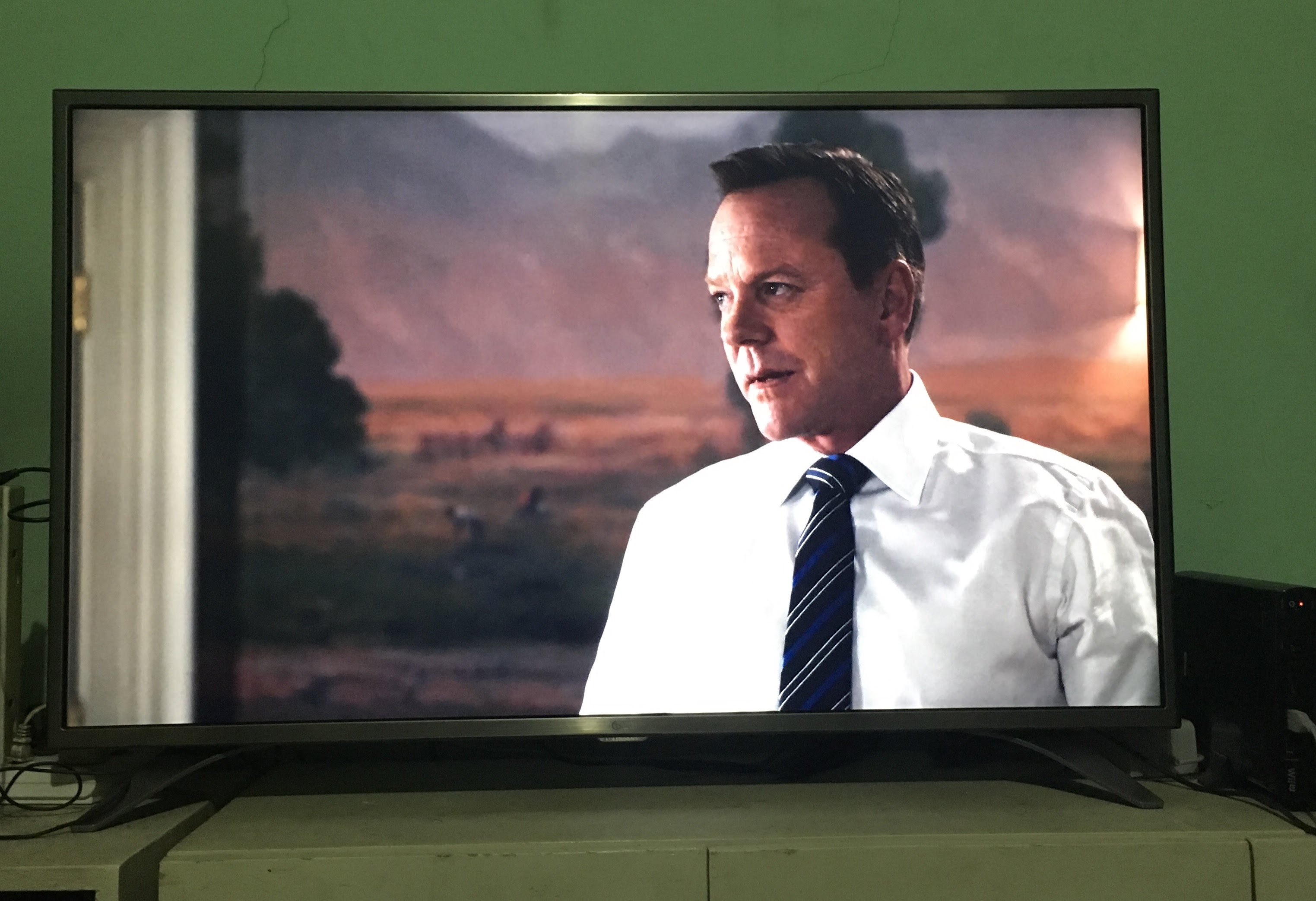 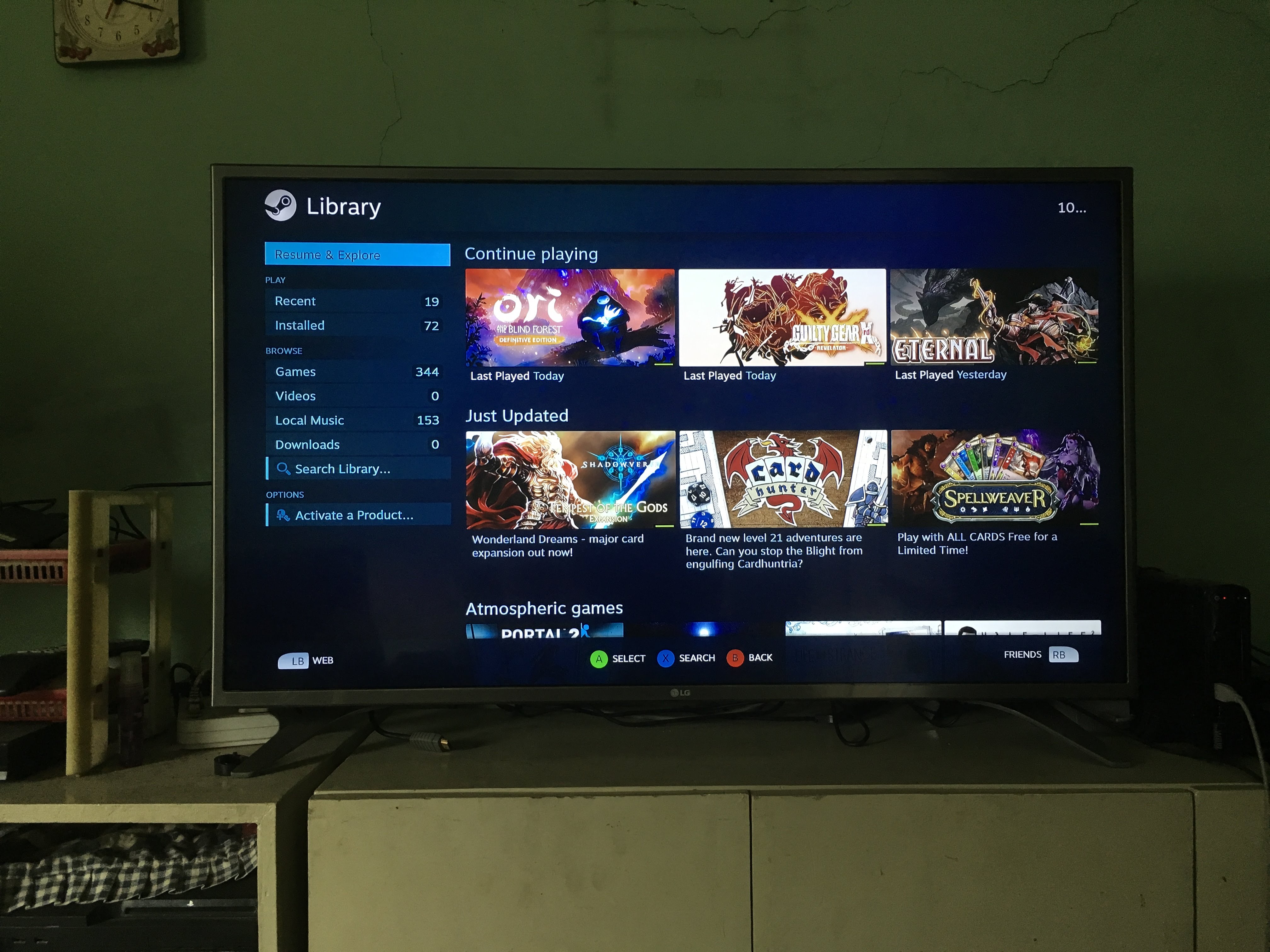 Tablet. I have an 9.7″ iPad Pro that I bought late 2016. I also bought an Apple Pencil for it, my main intention was to have a tool for sketching. Pretty happy with it, even though it looks pretty battle-scarred by now as I'm not the most careful user.

Cellphone. Wow, I was still using the Nokia 5800 in that last post. I've gone through quite a few Android smartphones since then, mostly Samsung Galaxy models, with the most recent one being a secondhand S5. I always have problems with battery life (probably due to being on data all the time) so last December I decided to buy myself an ASUS Zenfone Max 4. It's not as high-spec as the Samsung Galaxy line, but this has 10000mAH battery which means I can go all day without having to scrounge around for a charger. I haven't used my Powerbank in a while!

Others. I have a 10,0050mAH Asus Zenpower powerbank that was way more useful before I got the Zenfone. (I just now realized they're related brands). I also have a Fitbit Charge 2 for some reason. I find it more useful for tracking my walking than the mobile apps I used to use.

What Software Do I Use?

OS. Windows 10 is mostly serviceable. I'd love to have a Linux setup as well, but it's difficult to justify that as a primary OS when Windows has games! Instead I have a Linux Mint VM that I run on my desktop when I need to do Linux-y stuff.

Text Editor. These days any programming I do usually involves some combination of Python, JavaScript/Node or PHP, so the text editor is my weapon of choice. I tried Atom for a while, but it was a tad too slow for my tastes. I also tried Sublime Text, which is great and has everything I need but for some reason keeps nagging me to pay for it. Recently I installed VS Code, which has been pretty good so far so for now it's my main editor.

Other Programming Stuff. For times that I need to dig into any Java stuff, I also still have an installation of Eclipse Mars on my machine. (I don't miss Eclipse). I also have Unity3d installed on my desktop, as I still like to pretend I have time to work on one of my gamedev projects. For SSH, I used to use Putty, but lately I discovered the great "Bash on Ubuntu on Windows". The name is a handful, but it makes doing Linux shell stuff like SSH and curl and whatever a lot easier.

Web Browser. Most of my work is web-related and I often use cloud resources, so the web browser is important. I recently switched from Google Chrome to Mozilla Firefox as my main browser, since the latest Firefox promised a bunch of speed improvements. TBH, I can't quite tell the difference.

Office Suite. As mentioned above, I often use cloud resources, so it's mostly GMail, Google Calendar, Google Drive and Google Docs/Sheets for my needs. I also have a local installation of LibreOffice because sometimes I have to open Excel files that are hundreds of megabytes large and Google Sheets refuses to import it. For cloud storage, my preference is Dropbox.

Note-taking. I've grown fond of Google Keep. It's lightweight and handy enough for my usage, and the Android widget means I can use it to capture random thoughts and ideas throughout the day. On the iPad I also use NotesPlus if I happend to be in a meeting where I feel like writing notes down with the Apple Pencil.

Communications. Usually some combination of Slack + Skype for work-related stuff, although some clients prefer WeChat or WhatsApp so I have those too. For personal comms, it's mostly Viber and FB Messenger and sometimes Discord.

Sketching. On my iPad I use and am a big fan of the Procreate app for digital sketches, which I think I even paid for a while back.

Odds and Ends. I have a bunch of other software utilities I often recommend. I use VLC Media Player for watching stuff on my desktop (doesn't everybody?). I use Space Sniffer to check disk usage. Audacity for the rare instance that I have to do some kind of audio editing.

doesnt the BoUoW (Bash on Ubuntu on Windows) introduce a lot of other bloatware?

IDK actually. It's supposedly part of the Linux Subsystem for Windows so I guess it comes with some other stuff, but I really only use the shell and any relevant command line utils and I don't notice any bloat.