Last weekend I watched Aureus Solito's movie Pisay at the UP film center with a couple of friends (both of whom were my Pisay batchmates of course). 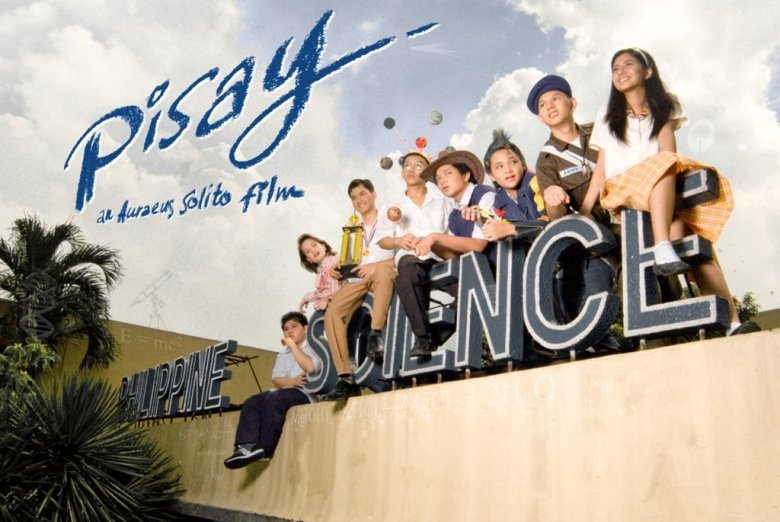 For the uninitiated Pisay is the nickname for our beloved _Philippine Science High School. _It's a system of government-run schools with a special focus on science and math subjects. There's a highly-competitive entrance exam and we've always been told that students who make it in are considered the "cream of the crop." (I don't know that I've ever heard anyone outside Pisay say that though.) Students are given full scholarships and a modest stipend, and are required to take a science course upon graduation.

The movie was pretty good. It was more or less four short stories tied together, each one focused on a different year and following a particular batch of students through their stay at Pisay. Each story covers themes central to the Pisay experience: the difficulty of getting in, balancing academics and relationships, stipends, homesickness, trying to pass and failing, wanting to take a non-science course, and so on. The movie takes place during the school years from 1982-1986, basically during the fall of the dictatorship. So it also gets to cover some of the major events during that period and the senior year story has a stronger focus on activism.

I suspect that the movie will be a lot more appreciated by people who actually went to Pisay or people who lived through the 80s. (I'm not sure if teenagers in the 80s really used that much slang though.) I'm also not sure how accurate it is as a reflection of what it was to be a Pisay student in the 80s -- some things felt deliberately dramatized for the film's sake. (That's fine though.)

This movie hits all the nostalgia points even though it takes place in a completely different time period than when I was there. I look back fondly on my days in Pisay and consider that an important formative period for me. It was challenging and rewarding and it was great to be among peers that shared many of my interests and many lifelong friendships were formed. Maybe someday I'll write about the experience more, but probably one blog post wouldn't be enough.

Didn't know they were still showing this - I missed all of the previous screenings, haha.

Ei, was calling each other erp 80s slang or is it dialect from some province or were the guys doing that while we were students there and I was my typical oblivious self?

Those skirts not accurate 😅 they didn't have the brown table cloth anymore?

Definitely not while we were there. I assumed that it's some kind of 80s slang

It's derived from the backwards pronunciation of the contracted "pare" -- p're. Must be an 80s thing. Sure wasn't in use when we were there