Last week the local gaming shop had the Steam Link on 70% discount so I figured I'd give it a try. We recently got a new TV at home, so I was eager to try out some Steam games on the big screen. If you're too lazy to click the link above, the Steam Link is basically a set-top box that streams your gameplay to a TV via HDMI, allowing you to enjoy your steam games from the comfort of a couch. There was also a sale on Steam controllers, but I had a variety of controllers at home to try out, so I passed on that.

The Steam Link came in a box that was bigger than I was expected. The box looks neat though: 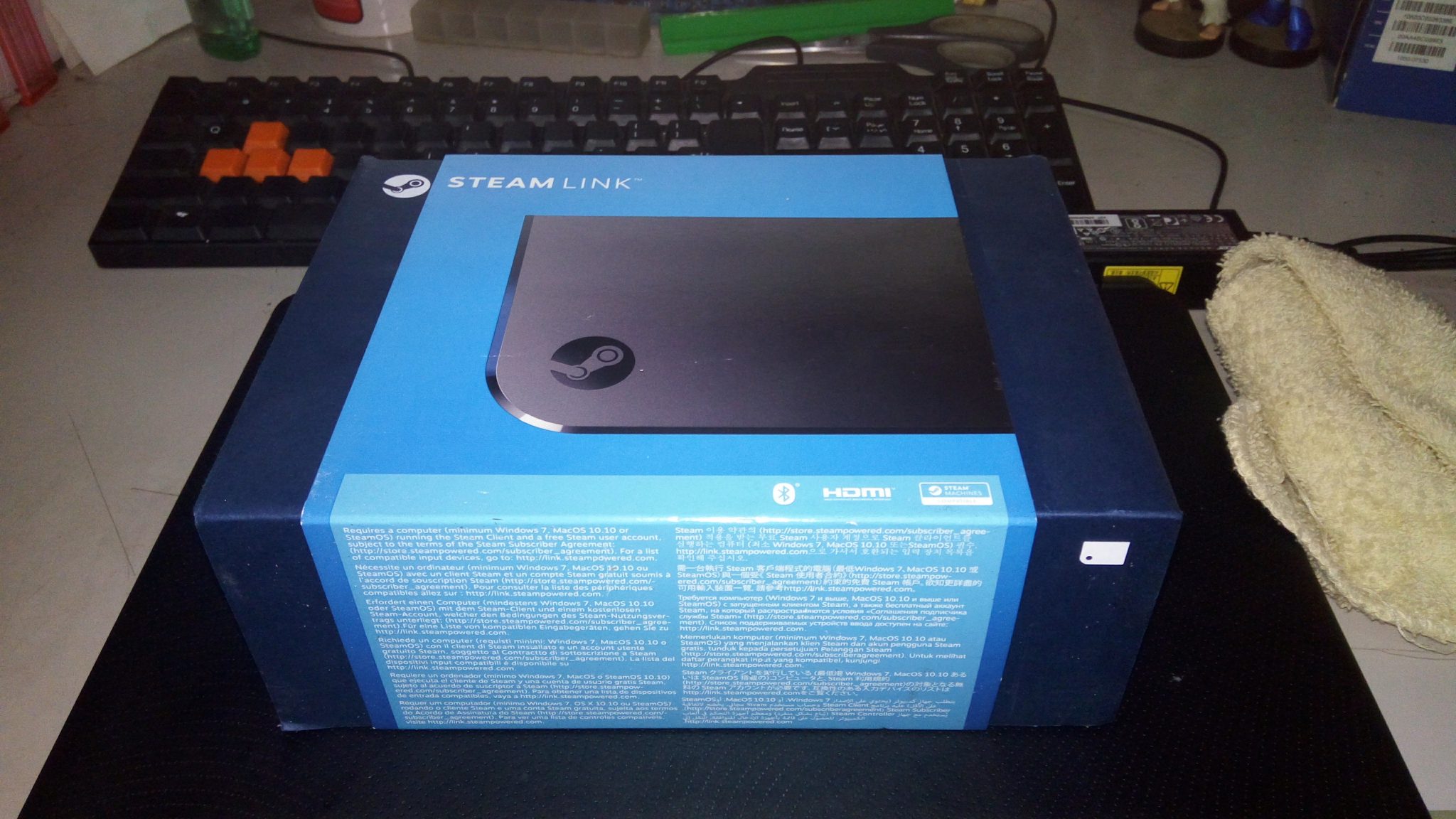 And this is the only device I've ever bought that came with a bunch of adapters for different socket types: 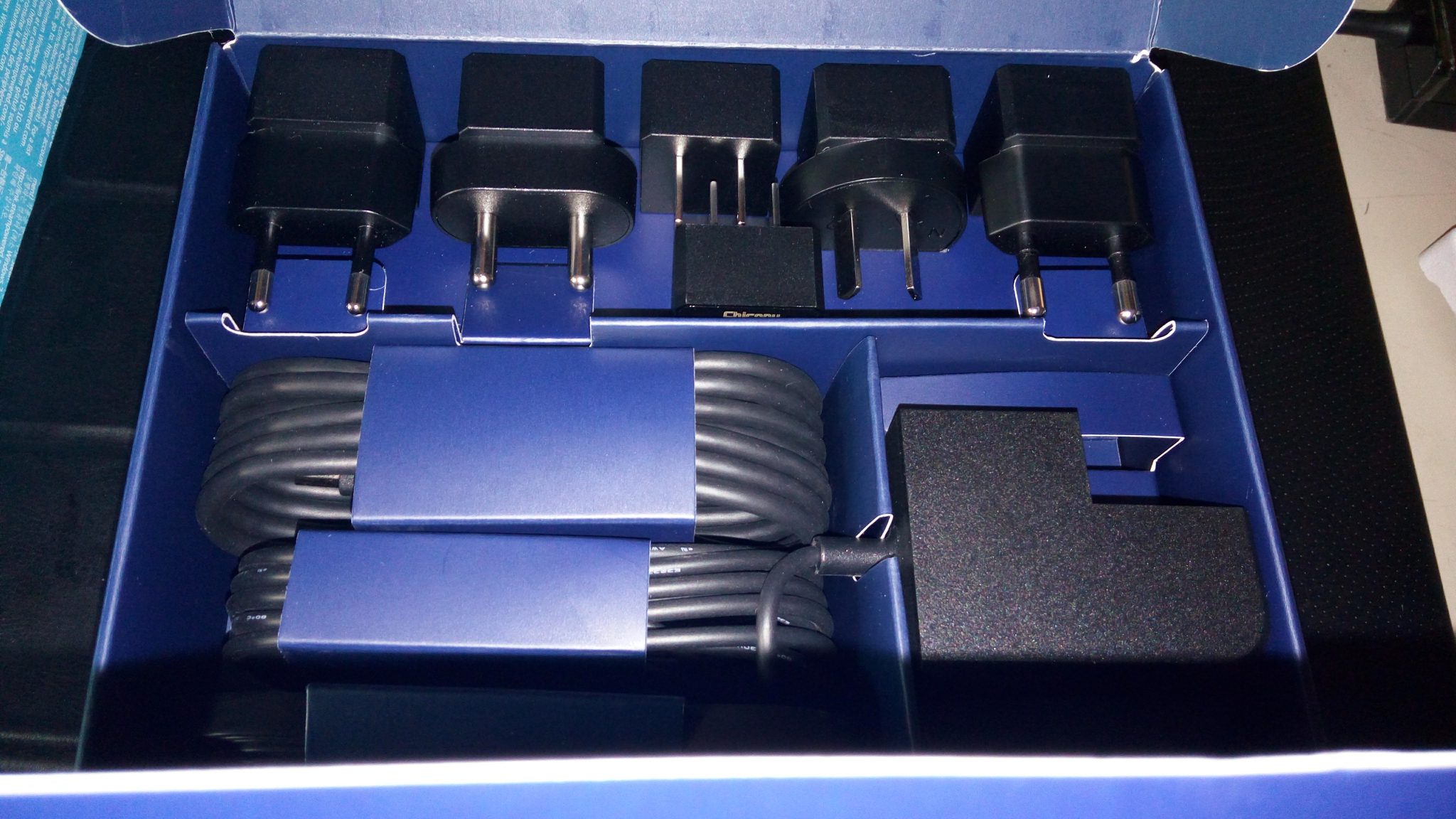 The device itself is about as large as external hard drive: 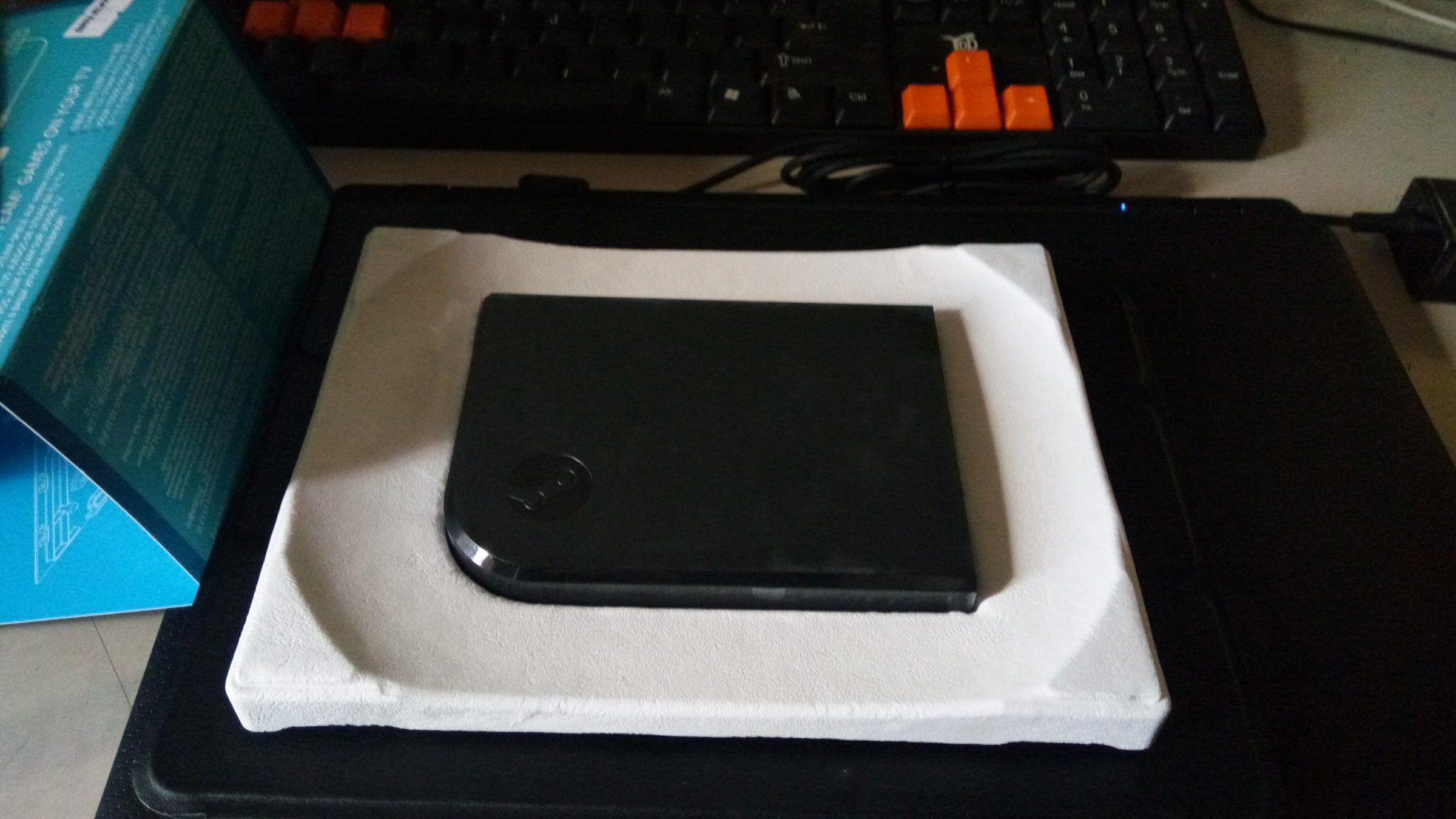 Usage is fairly simple. You hook it up to the TV with an HDMI cable. You connect controllers or dongles via USB. Some controllers like the Steam Controller have wireless support. Network connectivity is through a LAN cable or via wi-fi. When it starts up, it searches your home network for computers running Steam, then it gives you a code that you type into the computer to grant access. Once that's done, you can stream your games to the TV.

I first tried it out with a Logitech F710 Wireless Gamepad that I've had forever, since that's explicitly meant for games on Windows. I plugged the dongle into the USB slot, but had some trouble at first with the controller not being detected or taking multiple button presses to respond. I wondered if it was lag due to a poor network and worried that I had just wasted some money. It turns out however, that the batteries on the controller simply needed replacing haha.

When streaming to the Link, Steam uses Big Picture mode: 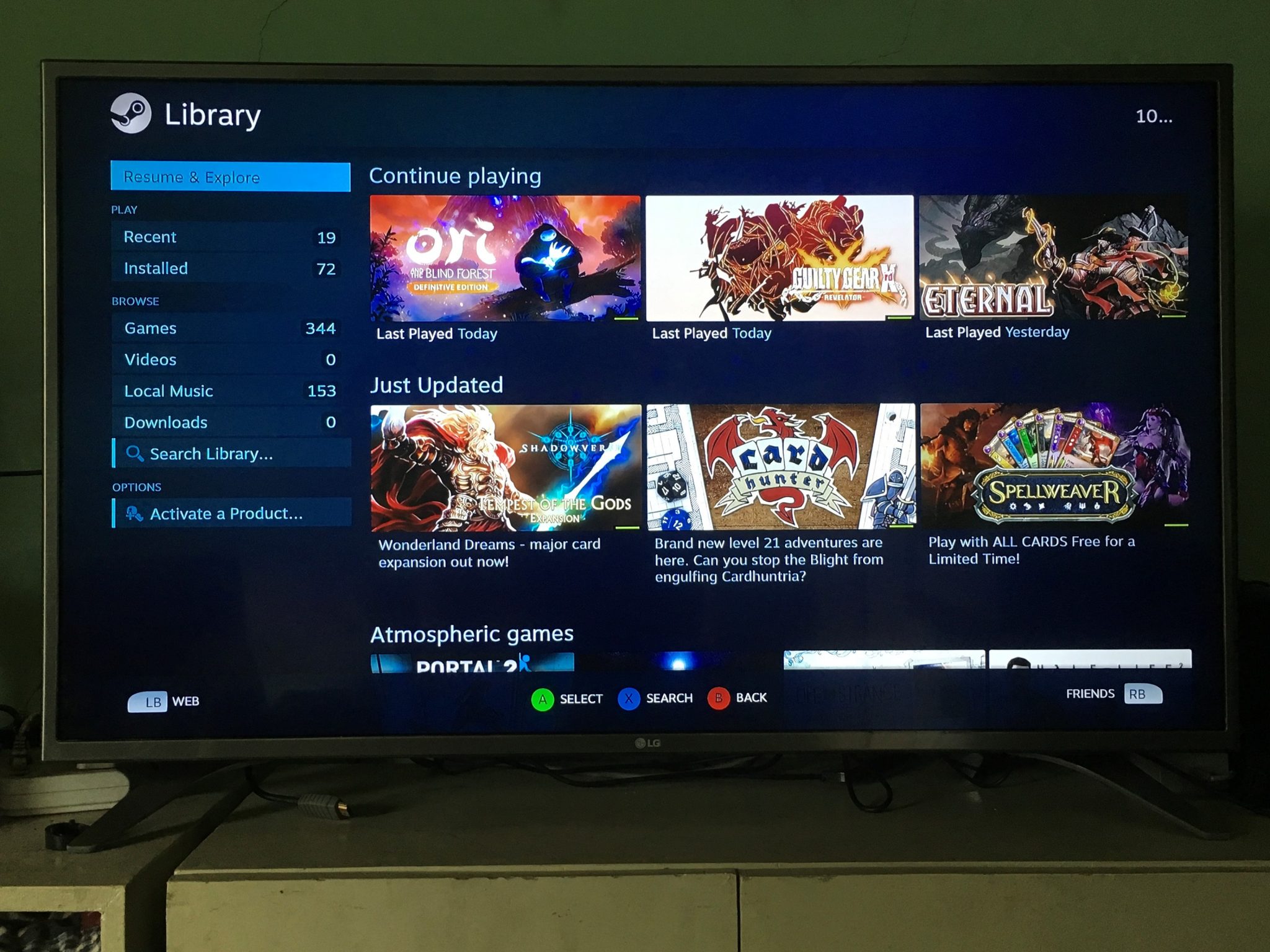 I tried a couple of games I got during the recent Steam sale. I've already sunk in at least 8 hours on Ori and the Blind Forest (that includes a lot of dying repeatedly!). This game is a Microsoft exclusive, so I'd never have been able to play it from a couch without the link. A very pretty game too. 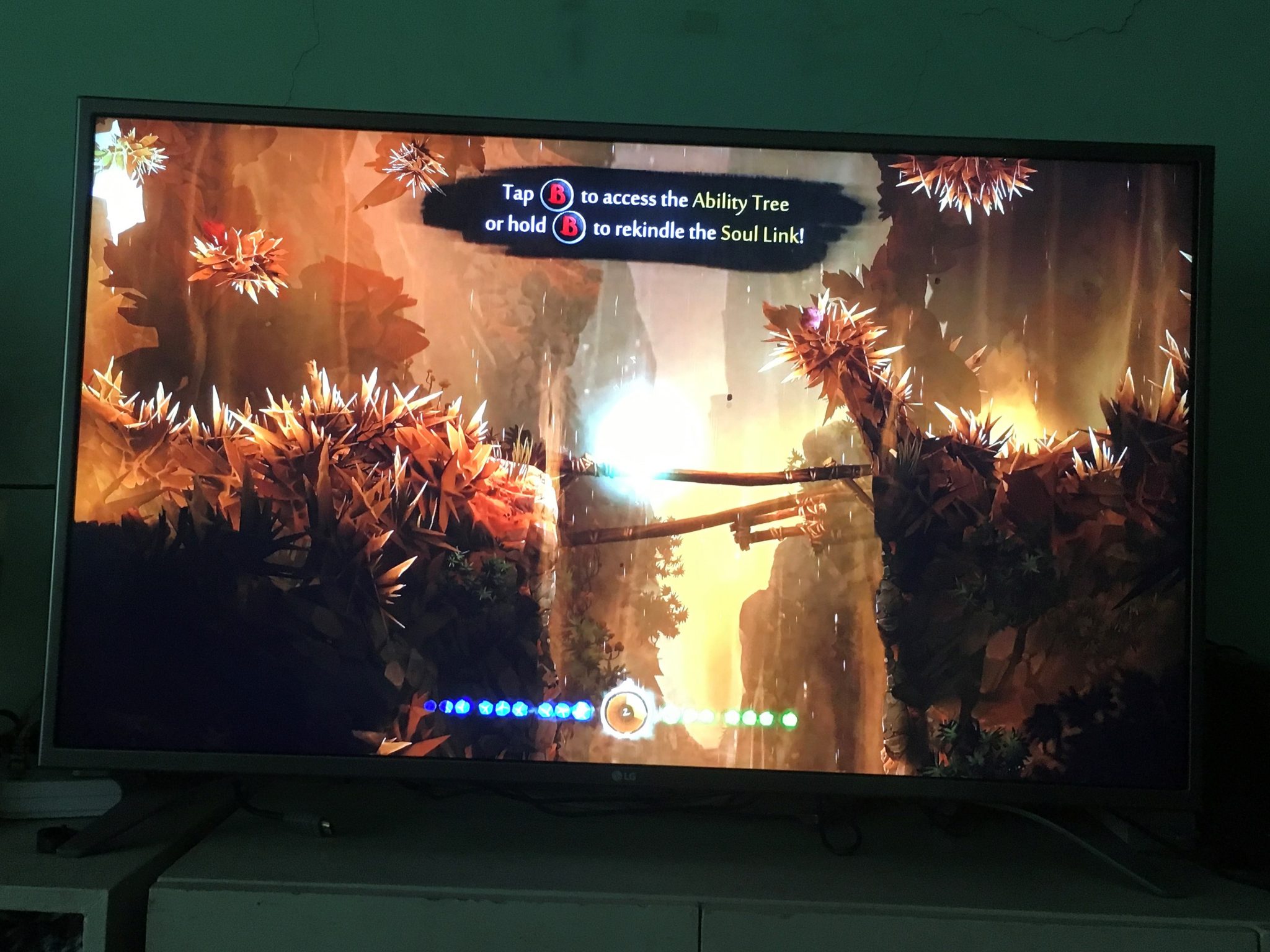 I also wanted to test if an arcade stick would work. I had a PS3 Hori arcade stick at home, so I used it to play a bit of Guilty Gear Xrd: 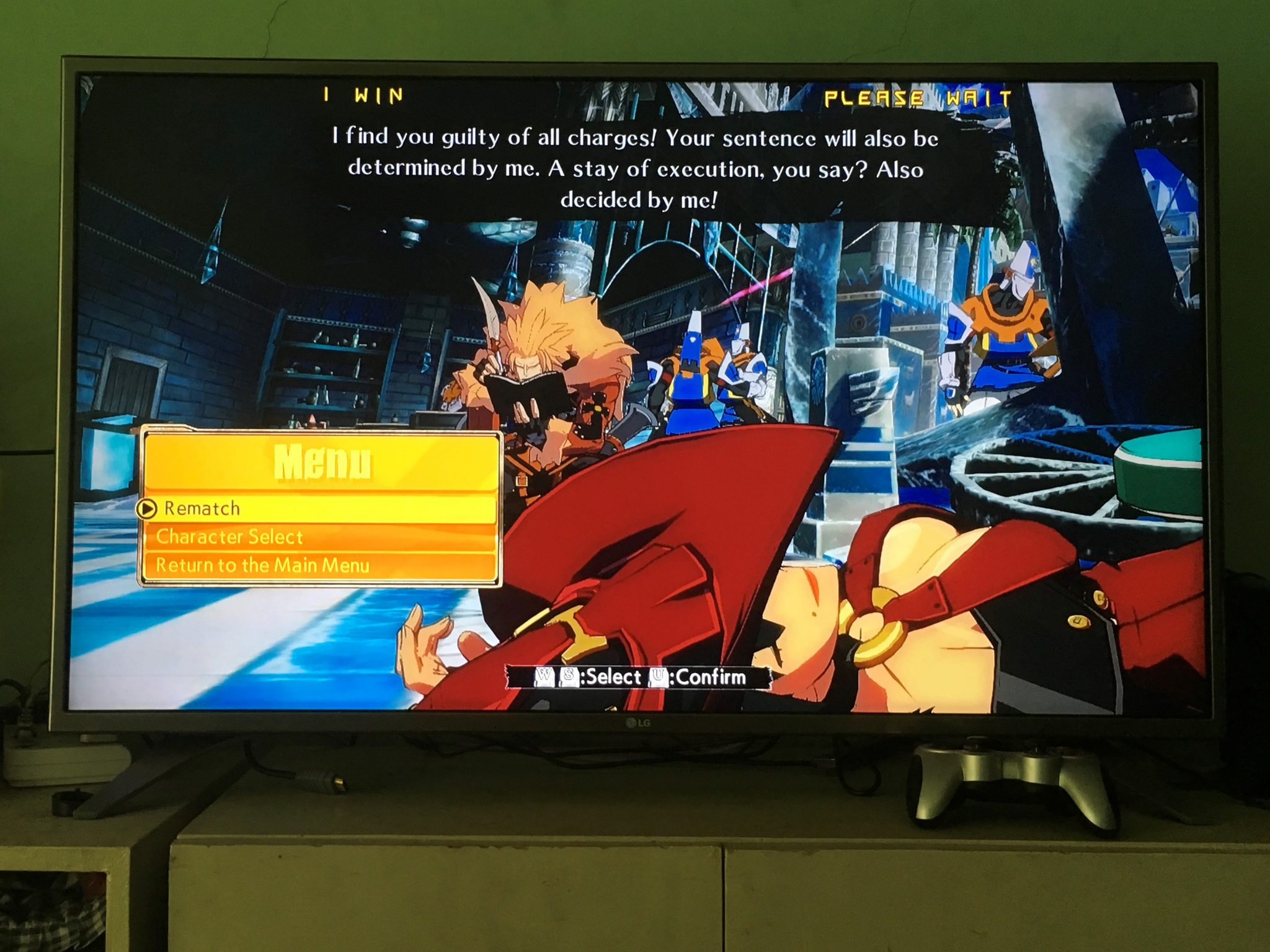 I'm using a LAN cable, and there's no noticeable lag or anything. Only annoyance so far is that the controller seems to become unresponsive if I bring up the Steam overlay midgame and try to go back to the game. (If the Link becomes unresponsive, you can still go to your computer and turn it off from there.) All the processing power still comes from your computer, so enjoying your Steam games on the TV still depends on having a decent computer.

While a lot of my Steam games are also available on consoles I have, it's often cheaper to get them on Steam, so I've been looking towards restricting my console purchases to mostly exclusives only. Having the Steam Link helps with that, since I can still enjoy my Steam games on the TV and comfortably from a couch. All in all, a great experience, and a pretty good buy I think.

@roytang "..it's often cheaper on Steam." I should have waited for the Summer Sale.. Bought Firewatch during Playstation's E3 Sale.

@aleksfelipe datablitz had it at 70% off, mga P10xx. But the sale is over

@roytang Sayang. Missed it by a couple of days.