GP Singapore 2015 would be my first Modern GP and maybe only my 3rd or 4th Modern event altogether. Modern is a difficult format to prepare for; there are many decks to prepare for and it's almost impossible to master all the matchups. For this reason, I felt much less prepared for this event than for GP Manila back in January. I put together Grixis Twin for this event. It's a bit difficult to pilot, but I felt it had a reasonable matchup across the board and there's always a chance of comboing out when you're falling behind. Here's the list I played: 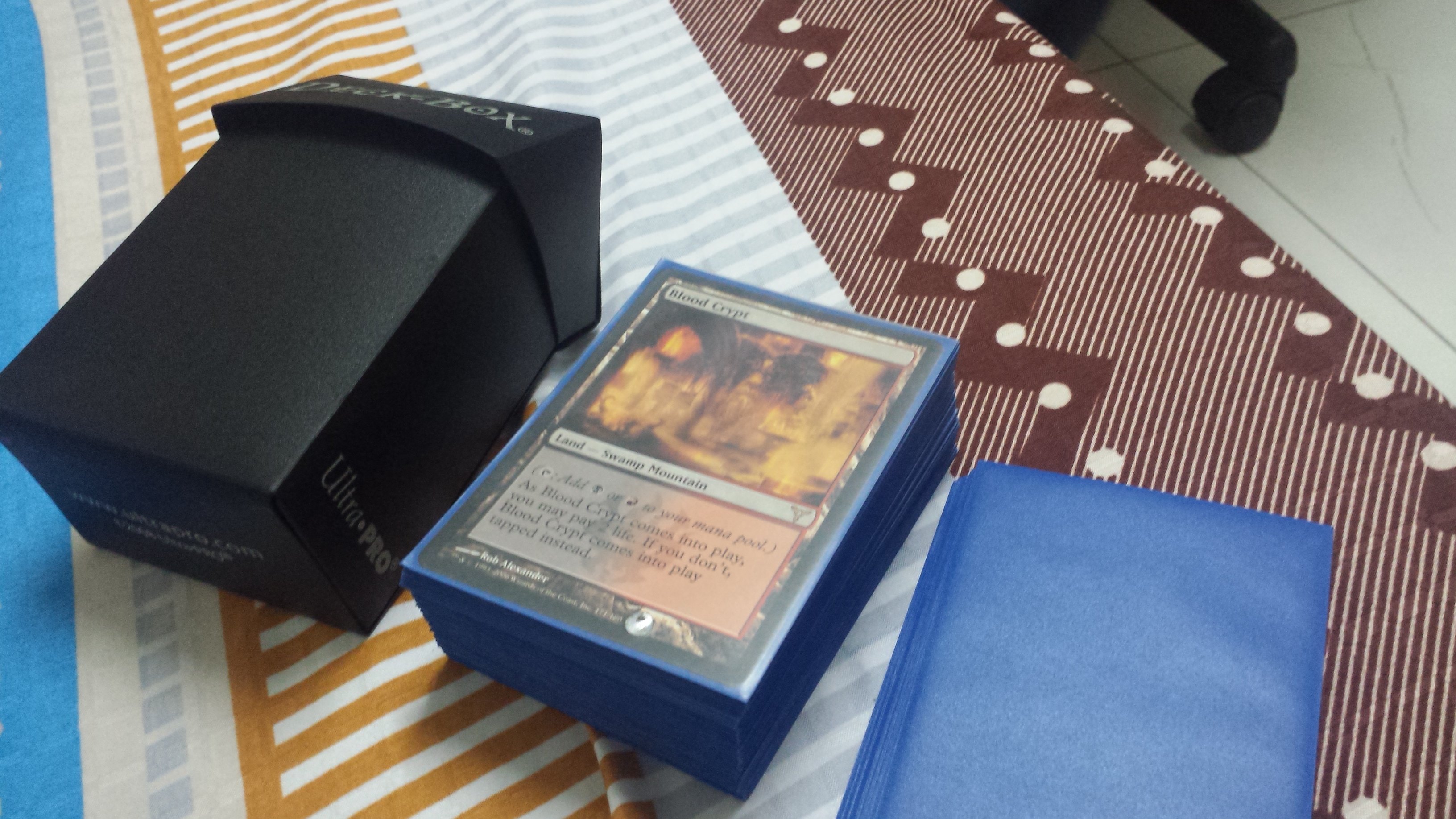 Here's how my day 1 shook out:

Finished gp singapore 6-2-1. Getting eliminated on the last round sucks

Of course 6-2-1 doesn't qualify for day 2. Getting eliminated in the last 2 rounds makes me feel a bit salty. The draw vs abzan was because I lost game 1 and boarded into grindy control. I'm not sure if I should have tried to quickly win game 2 first. The loss to RG tron was close; if I had won the die roll I think I would have taken the match, although I did make some sloppy plays in game 3 as well. Merfolk was an uphill battle -- this was one of the matchups I had not prepared for and it seems horribly bad for my side. Game 1 he had the first turn Aether Vial, which seemed to be unbeatable. I managed to eke out a win game 2 after a timely Anger of the Gods and finally running out his Vapor Snags so I could combo off. Cursecatcher + Spell Pierce kept me off Anger of the Gods in game 3 long enough for a 2nd and 3rd lord to push through lethal damage.

The problem of course with not making day 2 is that one doesn't really plan on it, so you're never sure what to do on Sunday. I skipped out on the Sunday Super Series and instead decided to play some Chaos Sealed on Sunday afternoon. 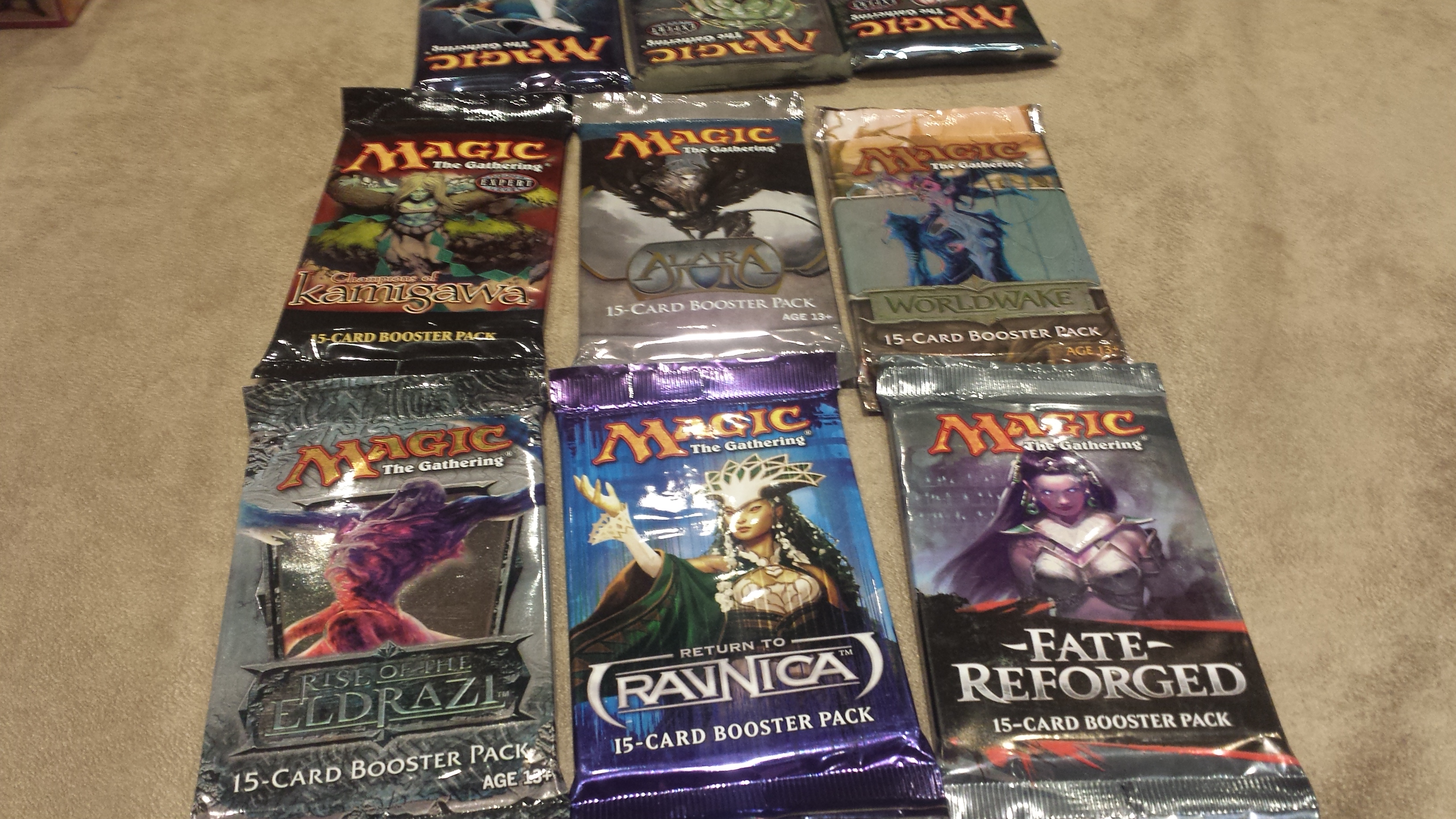 Given the Champions of Kamigawa, Worldwake and Rise of Eldrazi packs of course one would hope for some significant value like Jace the Mindsculptor or maybe even just a Sensei's Divining Top or some such. Instead I got such hits as Terra Eternal, Spearbreaker Behemoth, Spawnsire of Ulamog and Kusari-Gama. At least I got a Jace Architect of Thought and an Ojutai Soul of Winter which were good enough to get me 4 wins in 5 rounds of swiss. I wanted to claim a complete set of DTK with the points I won, but it took too long for my results to come in and someone got the last set before me. So I settled for a booster box and a t-shirt instead. Well, I didn't too well this trip, but at least there's still some swag and some winnings so it wasn't a complete loss. And it's always good to visit with my friends in Singapore so overall it was a good trip. I might be able to hit another GP later this year... it depends on how work plans shake out.

@roytang sayang! what did you play last round? you were playing Splinter Twin tama ba?

@aleksfelipe grixis twin ako. Losses were to rg tron (might have been winnable if i handnt made some mistakes) and merfolk (bad matchup)

@zeichen95 hits such as terra eternal, spawnsire of ulamog, spearbreaker behemoth, kusari gama. Jace architect and ojutai winter got me 4-1