Easily the best comic I've read this week (and I've already read a lot!) is the Marvel NOW! Relaunch of the Avengers book. Avengers vol. 5 #1 by Jonathan Hickman and Jerome Opena ushers in a brand new era of Avengers; bigger, bolder and looking to be a lot more epic. Jonathan Hickman, fresh off what many consider to be the best Fantastic Four run in recent history (if not all-time), takes over from former Avengers showrunner Brian Michael Bendis and immediately shows us how his take on the Earth's Mightiest Heroes is going to set itself apart from Bendis' 200+ issue run.

The book opens with a narrative foreshadowing future events reminiscent of the dire warnings given by future Franklin Richards early on in Hickman's Fantastic Four run. Opena's excellent art and Dean White's color work are at their best in this book, bringing to life Hickman's grand plans for the Avengers in beautiful broad strokes. 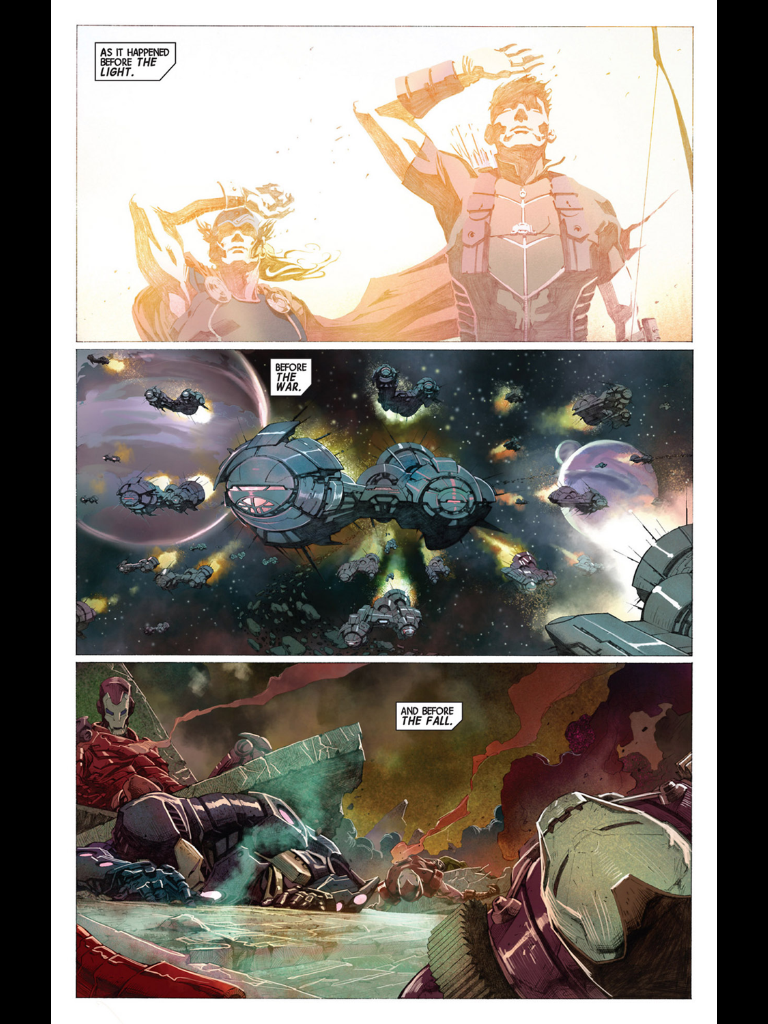 And what grand plans they are; we're looking at a larger Avengers roster, dying universes, the terraforming of Mars, an interstellar war and the fall...of what looks like Iron Men (plural). It looks like Hickman plans to move away from the more "street-level" adventures that characterized the immediately previous Avengers series and will instead focus on larger-scale events.

While Bendis' Avengers and New Avengers books were marked by witty banter and character dialogue, Hickman's first issue by contrast has a darker tone to it. There is very little banter as the Avengers take the fight to a threat from beyond this world. I'm not sure how well Spider-man is going to fit in here, this looks to be an Avengers book that's all about getting down to serious business.

The book starts with the core six Avengers from the recent Marvel movie but soon enough Captain America has to make the call to bring a larger roster into play. Based on the terrific design graphic at the start and end of the issue, we're looking at a full roster of 24 Avengers, at least for the initial Avengers World story arc. 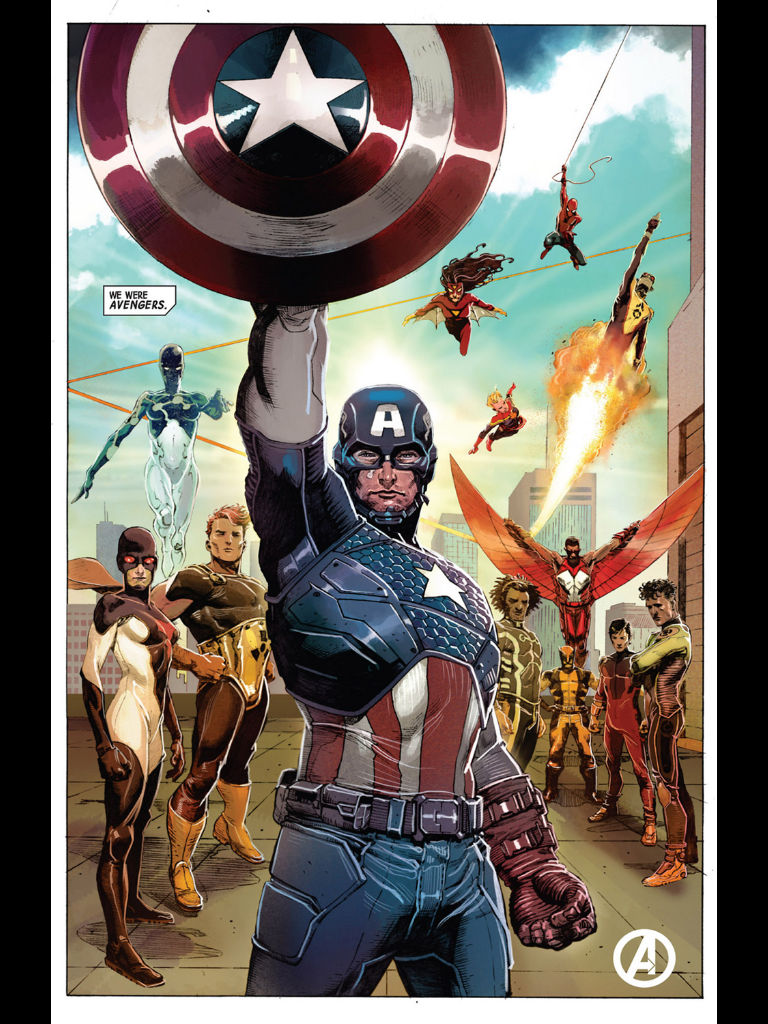 I have high expectations for Hickman's Avengers run, and the first issue only serves to whet my appetite. I can't wait to see what he has in store for us not only in this book, and I'm anxiously looking forward to next month's New Avengers #1 as well.